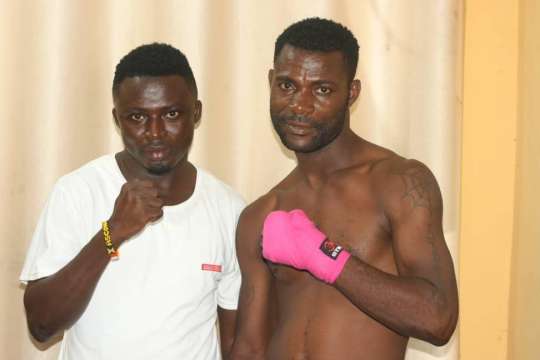 Offei Dodoo, who is scheduled to fight the British for the PBC Middleweight title, said the fight would not go the distance because he was poised to knock out his opponent.“I have watched him fight and I will finish him even with one hand.

“I am so determined to clear him out of my path to take on other opponents,” he added. Dodoo holds a record eight fights, with one defeat.

Prior to the fight, Dodoo would take on Theophilus Tetteh, who holds a record of 19 fights with two defeats in Aberdeen.

Dodoo’s Head Trainer, Bennett Obeng told the GNA Sports that his ward was confident of victory because he had trained well for the fight.

He called on Ghanaians to pray for his ward as he takes a step to enhance his professional career.