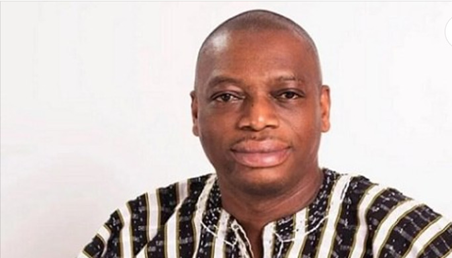 Dr Kingsley Nyarko, the Member of Parliament (MP) for Kwadaso, has called on the constituents to support the police to weed out criminals from the community by offering vital information that will lead to their arrest.

He said it was important for the people to collaborate effectively with the police to enhance social order and peace at all times.

Dr Nyarko made the call at a sod-cutting ceremony for the construction of an ultra-modern police station at Pokukrom, a community in the Kwadaso Municipality of the Ashanti Region.

The project, estimated to cost GHC 500,000.00, is being funded by the MP from his share of the Common Fund and expected to be completed in six months.

It will have a male and female cell, washrooms, as well as offices for police officers.

Nana Banahene Company Limited, a local contractor in the Kwadaso Municipality, is handling the construction.

Dr Nyarko said complaints from community members gave the indication of rampant robbery attacks in the area but getting the police to intervene on time was a challenge.

The police station would, therefore, ensure proper security in the community and its environs, he said, to enhance the welfare of inhabitants, which was his major focus.

Speaking on the project being awarded to a local contractor, the MP said a local contractor would employ people from the community, thereby creating jobs for the residents, and also speed up work through constant monitoring.

He urged the people to cooperate with the contractor to ensure the project was completed on schedule.

Superintendent Vitus Napen, the Abuakwa District Police Commander, said it was time the community got its own police station to save the people from traveling long distances to report cases.

The choice of Pokukrom for the police station was strategic since the area had, in recent times, reported an upsurge in criminal activities, he said.

With the construction of the station, it would help bring relief to the Command, which had been burdened with the task of overseeing a very large area in its operations, Supt. Napen said.

He commended the MP for the initiative, which would help strengthen police operations to reduce criminal activities in the area.

He called for public support in volunteering information to the police to help weed out criminals.

Dr. Nyarko Calls For The Revision Of TESCON