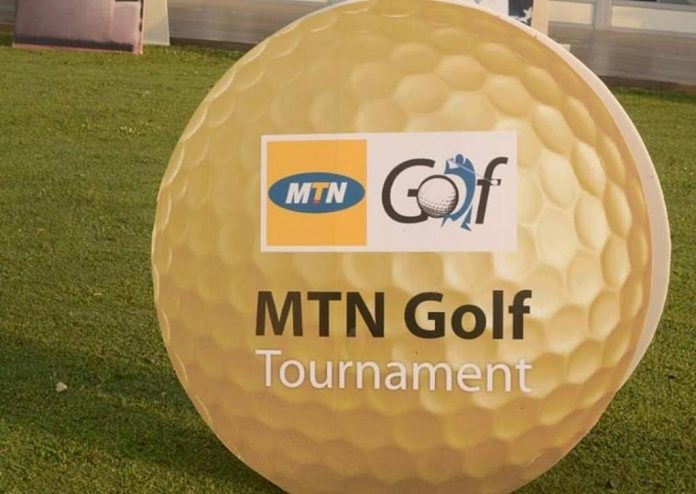 It was all joy and excitement for Eric Ofosu-hene and Leticia Amponsah-Mensah when they won their respective categories in the final series of the MTN Invitational golf tournament held at the Bok Nam Kim Golf Club in Accra over the weekend.

Ofosu-hene recorded 38 points to win the keenly contested Men Group A category and was followed by Peter Ntiamoah who amassed 35 points and Nana Krakue who settled for the third position with 35 points.

For his efforts, the winner, Ofosu-hene went home with the ultimate trophy and souvenirs from MTN.

In the Ladies event, the enterprising Leticia Amponsah-Mensah showed class again to emerge winner with 36 points with Mariene Tonyigah and Elizabeth Essel- Koomson placing second and third with 36 and 35 points respectively.

Victor Sarpong won the Men Group B event with a score of 42 while Justice Martey and Michael Agbodzah followed in second and third with 36 and 35 points.

Addressing players after the event, MTN Board Member, Mr. Felix Addo said they were excited to host the event at Bok Nam Kim for the first time and praised the golfers for showing up with their sterling performances.

He said MTN’s partnership with Bok Nam Kim Golf Club was here to stay as more of such competitions would be organised at the club.

“The MTN Invitational Golf Tournament has proven to be a worthy opportunity for networking and providing leads for business expansion. It keeps growing and we continue to see active participation, “he stated.

In all 88 golfers from clubs across the country participated in the final MTN invitational golf tourney which was part of activities earmarked to celebrate MTN’s 25th anniversary.