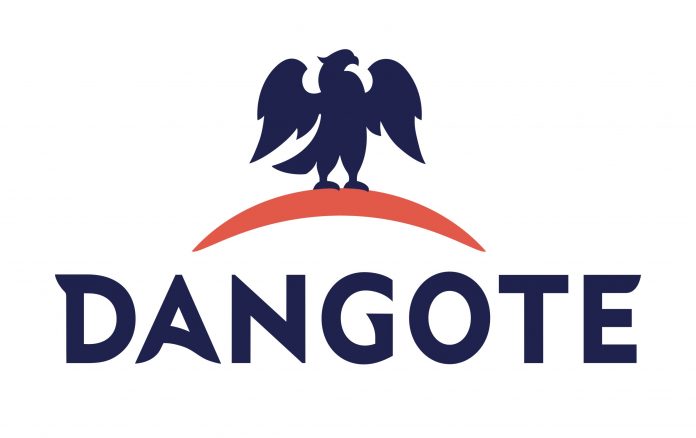 A statement from Corporate Communications Unit of Dangote Group, said the fair has become a veritable venue for introduction of new innovations to Dangote products

The Ogun State Chamber of Commerce, Industry, Mines and Agriculture (OGUNCCIMA) has commended the Pan African Conglomerate, Dangote Group for its giant strides in economic development of the country through massive investments in several sectors of the economy describing the feat as worthy of emulation by other Nigerians.

President of OGUNCCIMA, Mrs. Adesola Adebutu who made this commendation at the opening ceremony of the 8th Gateway Trade Fair holding in Abeokuta Ogun state said the support given enough by the Dangote Group went a long way in making the staging of the Fair a success.

She explained that the theme of the Fair, “Promoting Agricultural Value Chain through SMES for Nigeria Economic Recovery”, was chosen in line with Ogun state’s policy of Agricultural industrialization which is also in consonance with the national policy of repositioning agriculture as the viable alternative to oil.

Mrs Adebutu stated that OGUNCCIMA was planned to be a clear departure from the past such that this year’s will rekindle the interest of the old investors and introduce new ones in new opportunities for its investments in Ogun State.

In his opening address, Ogun State governor, Ibikunle Amosu, thanked OGUNCCIMA for taking up the challenge to organize the fair despite paucity of funds and logistics challenges.

He said Nigeria is blessed with climate that can sustain agriculture all year round and that it’s heartening that the federal government is leading the way in diversification of the economy from oil based to agriculture whose value chain can create millions of employment.

Dangote Group, which is a leading sponsor of the Fair, stormed the venue with varieties of its consumer goods as well as its flagship product, cement.

Dangote Group, which is a leading sponsor of the Fair, stormed the venue with varieties of its consumer goods as well as its flagship product, cement

Some products on display at the fair include Dangote sugar, Dangote Flour, spaghetti and macaroni, Dangote salt, Danq (seasoning), tomato paste. Dangote Sugar will be offering customers different sizes of granulated sugar packs at the fair.

A statement from Corporate Communications Unit of Dangote Group, said the fair has become a veritable venue for introduction of new innovations to Dangote products and that visitors to the group pavilion at both fairs will have the opportunity of buying products of these companies at reduced prices.

Dangote Flour is staging a wet sampling and offering customers a wide range of products at discounted prices. Buyers are going with several gifts as reward for purchasing Dangote Flour products. Products at the stand include-Dangote, flour for baking, wheat meals, spaghetti and macaroni.

Dangote Group is of the view that the trade fair is coming at an appropriate time, close to the last month in the year. This affords traders and dealers the opportunity to buy and stock their shops while end users buy for yuletide.

NASCON is offering its repackaged salt packs to customers at the trade fair. The new salt pack which is to endear the product to its teeming customers still comes in packs of 250g, 500g and 1kg. It is redesigned is to make the product more accessible and affordable for consumers and other end users.

NASCON said the company would be giving its customers a good treat at the fair saying it has added to the richness of its products like Danq seasoning and Tomato paste and embark on an expansion of its distribution network to make the product more readily accessible to consumers.

Aside this, the statement said customers wanting to be distributor of any of the Dangote group subsidiaries would have the opportunity to be offered informed explanations by staff of the companies who would be on hand to put the customers through on how to go about it.

Dangote Has Extended Its Relationship With SAP