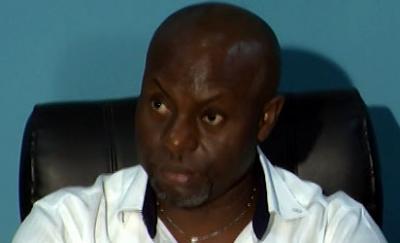 The President of the Nigeria Union of Petroleum and Natural Gas Workers (NUPENG), Igwe Achese, has told the Federal Government to compel multi-national oil companies to respect Nigeria?s labour laws.
Achese made the call on Tuesday in Lagos in a statement.
He said that the union had watched with great concern the activities of the multi-nationals, warning that “NUPENG will embark on strike if their nefarious activities were not checked.

“The union states that the new drive of the oil majors and multi-nationals amounts to sabotage and that if not controlled will lead to an unhealthy atmosphere in the oil sector.

“The union, therefore, calls on Mr President, the minister of labour and the National Assembly to quickly intervene before the bubble bursts.??

Achese said that the anti-union policies and decisions remained unresolved, despite the mediatory role played by the NNPC, the Federal Ministry of Labour and Productivity and the Federal Ministry of Petroleum Resources.
“It is sad to note that 14 months after discussions, the issue of Chevron contract workers who transited into new contracting companies is yet to be resolved.
“We made several attempts at re-opening discussions on the outstanding transition issues but all to no avail.
“The union also has a running battle with Shell Petroleum Development Company (SPDC) and their contractors over unionisation of contract workers as well as putting in place a collective bargaining agreement.?
Achese said that the union had placed its members nationwide on notice, to mobilise for a total shut-down of activities in the oil and gas industry.