Nigeria’s Minister of State, Petroleum Resources and Group Managing Director, NNPC, Emmanuel Ibe Kachikwu cited meeting the best practices of oil companies as the main reason for the government to make such a decision. 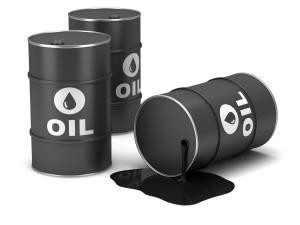 The unionists accused the government of not bringing all the stakeholders into the decision making process and said the decision “needed to be kicked against”.

“The unbundling process will stave off investors from the nation’s oil and gas industry when the country needs foreign investment most to grow the industry, which currently is the mainstay of the economy,” Nigerian oil workers said in a statement jointly signed by their executive committees.

On Wednesday, protesting workers blocked the entrance of the headquarters of the NNPC in Abuja, saying the dividing process may lead to mass layoff of oil workers.

Earlier on Wednesday, Kachikwu pacified the protesters by saying that the government will ensure that all units respect the labor laws and workers in the oil and gas industry will not lose their jobs due to the splitting process.

According to Kachikwu, the new units are designed to make Nigeria’s oil sector more competitive, noting the key issue is “getting the upstream working again”.

He told Xinhua President Muhammadu Buhari has approved the appointment of seven new heads of the units, adding that five of the newly created operational units will be strictly business-focused.

Local analysts said the latest protests are likely to worsen the recent scarcity of oil products across the country.

Nigeria is Africa’s largest oil producer, but the industry has been hit by the declining international oil price, hindering the country’s economic growth.

President Buhari has held discussions on means of stabilizing the global crude oil prices with leaders of Saudi Arabia and Qatar during his recent official visits to the two countries. Enditem