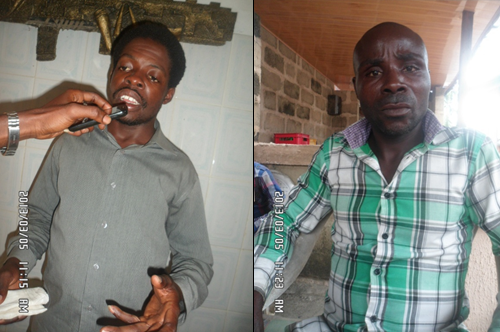 It is alleged that some of the perpetrators of the December 25th 2013 Okon Cultural Festival riot, have returned with a new scheme, to overthrow the Okon Youth Council President and Obong Mkparawa (iv) of Okon Land; Senior Comrade Daniel A. Essien.

While briefing news men in Uyo on the uprising amongst some unscrupulous elements in his cabinet, Comrade Essien was apt to confess that ?those mentioned only rallied round me when they envisaged my victory at the elections, they were never my core supporters, I only carried them along because I wanted to foster peace. The last meeting we held was on the 8th of February, 2014, and there was no such thing as a complaint from any quarters?.

Speaking further, he fingered Vincent Emmanuel- Vice President, Enyime Davies, Victor Inyang and Kingsley Iwok ?who paraded an unofficial SSS officer for an illegal gathering where the ?impeachment? occurred without vote of no confidence being passed, or me being invited for query before the EXCO?.

In a phone conversation with the Vice President and Secretary to ask about their involvement, they both stated their bitterness, which can be summarized in the three points; ?incompetence, insubordination and embezzlement of association?s funds?.

Reacting to the allegations, the embattled President stated that if there are such issues, the Financial Secretary should be asked to present the financial record of the association for investigation, before any other action can be taken. He threatened to sue for threat to life, adding that his legal team, led by Dayo Ojuawo Esq. (B.A Hons, PGDLLB Hons.) will serve them a letter as soon as possible, so that the issues raised will be properly addressed according to the laws of the Federal Republic of Nigeria.

Also speaking was Mr. Samuel Akpan Nnammoso, the Chairman of Village Youth Presidents in Okon Development 2, comprising of 10 villages; referring to the perpetrated impeachment as sad and irrelevant, he called on the elders in the community to intervene by calling the raging youth to order.

The President also used the avenue to announce the 2014 1st general congress of the Okon Youth Council scheduled to hold on Sunday 9th of March, at the Okon Civic Centre, by 4pm prompt. He implored all members to attend so as to discuss moving the Okon youth community forward.