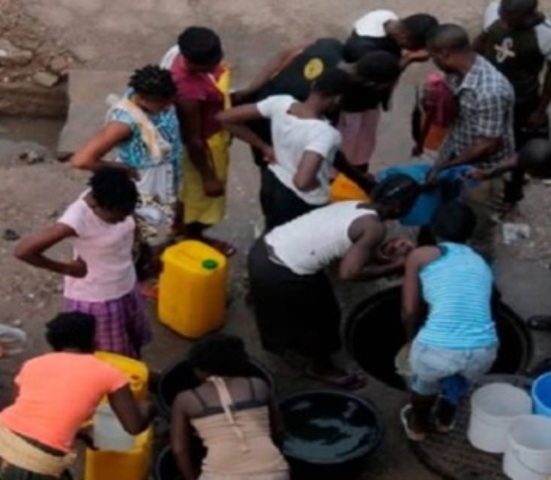 Residents of Okorase in the Akuapem North Municipality of the Eastern Region say the acute water shortage in the area for the past three weeks has worsened their living conditions.

In an interview with the Ghana News Agency, Nana Asare Kumi, the Chief of Okorase, said only a few households had pipe-borne water and that for the past three weeks, water had not flowed through their taps.

He said the rest of the community depended on dugout wells for their domestic water needs, but due to lack of rains in recent times the wells were drying up.

As a result, the few people who had boreholes had stopped others from fetching from them since their water levels were also going down, Nana Kumi said.

He said the only stream the people relied on was also drying up due to the season.

Ms Sarah Anim, a hair dresser, said the situation was affecting her business as she had to join long queues to get water.

“This has compelled me to buy sachet water to carry out my business at the salon and for household use,” she said.

“I buy not less than 10 bags of sachet water daily to be able to do my work, which usually made me to run at a loss because sachet water is expensive.”

Ms Anim appealed to the Ghana Water Company to rectify whatever problem it was and open the taps to alleviate their plight.

Madam Abena Duku, a resident, who has a well, explained that lately the water level was going down, hence she had stopped people from fetching from it to ensure those in her household had enough water for their chores.