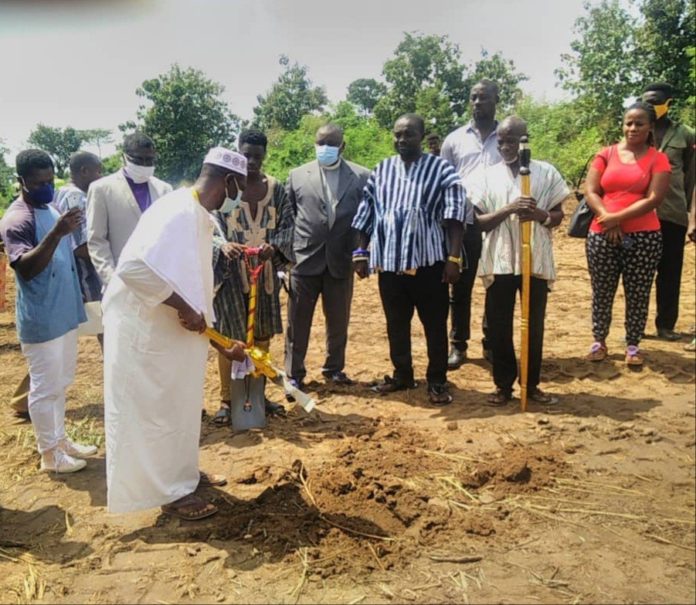 Nana Asare Kumi, Chief of Okorase near Koforidua and Reverend Asare Kusi, Bishop of the Koforidua Diocese of the Methodist Church Ghana, have broken grounds for the construction of a three-unit classroom block for the C.K Gyamfi Senior High School at Okorase in the Eastern Region.

The C.K Gyamfi SHS is being established as a Day school by the Koforidua Diocese of the Methodist Church to give access to secondary education to children in the area.

Nana Asare Kumi said the development of every country depended on its educational system and since the government could not do it alone, well-meaning Ghanaians must render their support.

He said students in the community were not able to attend SHS after basic school education because many did not have transport fares to attend schools in the Koforidua township where most of the SHS was located.

He noted the school would help students to attend SHS and thanked the Methodist Church for their gesture.

Rev. Asare Kusi indicated that the project was expected to be completed within a year and called on all to support the completion of the building to help provide a safe and conducive learning environment for the youth.

He said the school was named after Mr C.K Gyamfi, the legendary Ghanaian coach and footballer who hailed from the area and brought finesse to Ghana football as well as successfully coached the Black Stars to three African Cup of Nations tournament in 1963, 1965, and 1982.