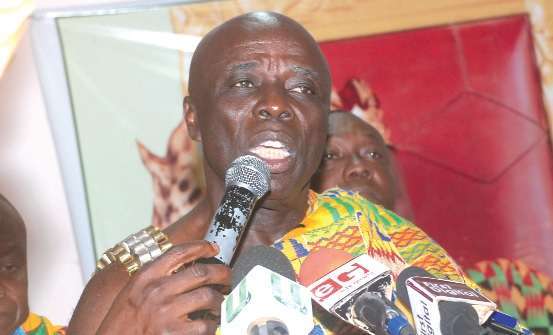 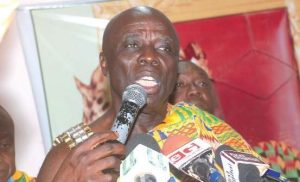 The Okyehene, Osagyefo Amoatia Ofori Panin II, has said it is “crazy” for anybody to link him to illegal mining (galamsey), after a Bureau of National Investigation (BNI) report on galamsey said there is a perception that he is involved in the act.

Speaking on Friday in a meeting with the Council State at his Palace, the Okyehene said he is against galamsey because of the effect it has had on the environment, adding that he would not stoop so low and “get into this filth.”

“Today, an institution of government, BNI, goes to investigate this menace and somebody has the audacity to implicate me. The question I put to you, the press is this; if the land of Akyem Abuakwa is mine and if I had interest in gold, can’t I write to the Minerals Commission to pick up a license and do mining properly if that is what I’ll choose to do? So, it’s crazy for anybody to think that I will get up at night and go steal my own land illegally,” he said.

He continued: “Mind you, illegal mining is a criminal activity. So, for anybody to impugn my name to an activity that is criminal is a serious one. I have shed tears of anger and frustrations knowing what we are doing now is taking away from our children … knowing the devastation is greater than what you see and the belief that it is a betrayal of our future generations.

“Everybody know that I am against mining not because I don’t want mining but because of what mining has done to this country. And then I stood so low and get into this filth. I am just saying that today that the Council of State is here, maybe it’s the beginning of the change that we all want.”
The Okyehene threatened to sue anybody who links him to galamsey, saying his name has been dragged into the mud.

He also demanded an apology from the BNI for linking him to galamsey.

The leaked BNI report has indicted several politicians, businessmen and chiefs who sponsor galamsey in Ghana.

According to the report, mining is done in eight of Ghana’s 10 regions.

Don’t sell lands without the knowledge of Okyehene – Chiefs told