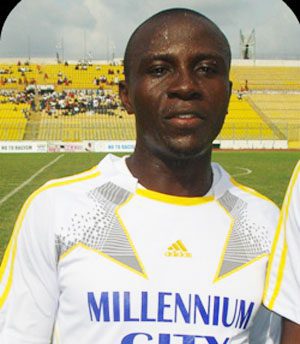 EX-HEARTS PLAYER Amankwa Mireku says he is extremely delighted to return to his mother club in the capacity of team manager.

He said he would use his position to help Hearts of Oak return to their glorious past where they were the team to beat.

Speaking to Metro FM in Kumasi, Mireku noted that he would work to ensure that the Hearts players were sound and ready for battle, always.

He was happy to get the opportunity to serve the club which he loved and adored so much, he disclosed.

The former Hearts defender gave the assurance that his presence in the team would go a long way to make Hearts winsome once again.

Mireku, during his playing days with Hearts, was noted for always going to camp holding a Holy Bible.

He said he would continue moving with his Bible as he worked as the team manager of the Phobians.

Mireku noted that he owed the secret to his success in life to the Holy Bible, saying, ?I will die and be buried with the Bible.?