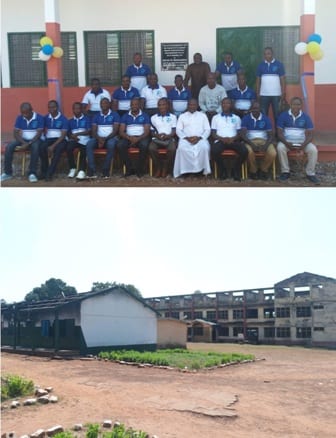 Some old students of the Saint Charles Minor Seminary Senior High School have appealed to Civil Society Organisations and government to help renovate the school’s dormitories that were burnt down two and half years ago.

They said the dormitories, which accommodated about 700 students, were engulfed in fires on different occasions since March 2017 and had since not seen any rehabilitation.

The situation, they complained affected teaching and learning.

They mentioned the affected structures as; a GetFund two-storey dormitory block, the Cardinal Dery House block one and block two, and the old dinning Hall building.

This compelled the school to convert some of the school’s classrooms into temporal dormitories for the students.
Mr Peter Davir Antuonmwin, a Mining Engineer and an old student of the school made the appeal in an interview with the Ghana News Agency on Monday during the school’s Feast Day celebration in Tamale.

Mr Antuonmwin appealed to government to speed up the process of signing a Memorandum of Understanding (MOU), and a partnership agreement between the Catholic Church and the government to facilitate further support to the school.

The Most Reverend Philip Naameh, the Archbishop of Tamale, said the MOU contained modalities that would ensure the effective management of Catholic Schools, where the Church would take care of the school’s administration and steer it’s affairs according to the vision and mission of the Catholic church, and the government’s role would be to absorb the infrastructural needs of the school and the payment of teachers.

He said some parts of the MOU, specified that the Priests, who would be the managers of the school would be appointed by the church in accordance with qualifications based on the educational standards of government and also get paid by government.

He, however, said the MOU which was drafted and sent for approval by government for about five years now, had not gotten any positive attention, thereby affecting their fund raising capacity as well as the performance and activities of the schools.

Mr Polycarp Kuusokub Beyelle, the Headmaster of the school, expressed concern about the affected structures and said it affected teaching and learning and reduced the intake of fresh students into the school for the 2018-2019 academic years.

He said the main dormitory (a two storey building) that got burnt in 2017 could accommodate about 520 students, but the students were now compelled to sleep in some classrooms, converted into temporal dormitories.

He said government had however given the assurance to provide support to the school to renovate the structures.
In a similar development, a refurbished science laboratory valued at GH¢ 30,000 was commissioned and handed over to the school by the 1999 batch of the Saint Charles Old Boys Association (SCOBA).

The facility is equipped with state of the art fire extinguishing systems and smoke detectors and a 10-litre per hour distiller with the capacity to generate enough distilled water for students’ practical works. 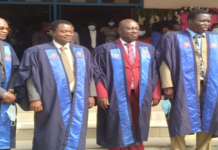 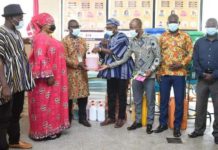 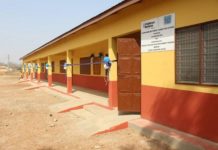 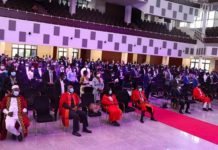