Affable, attractive and talented will be attributes that put him right in the middle of what many wrote off as a dying industry. At a time when Ghanaian movies came no close to matching those from Africas’ most populous nation, Omar Baa Oumson and his generation of actors and actresses appeared on scene to salvage what remained. Soon Ghana could boast of a formidable movie industry still growing in international proportions.

Never lacking a bright smile, there always seem to be something about Omar, especially on set that makes him a delight to watch so much that he could even steal the shine from the lead actor/actress of a movie.

He gained an unrivalled mindshare in Ghanaian movie lovers after casting in 2007 classic, Crime to Christ. He was in the movie alongside Madjid Michel , Yvonne Nelson, Naana Hayford and Gavivina Tamakloe.

Thought ethnically Fulani, ‘Trinity by Nationality’ is how Omar Baa Oumson describes his origin; African by Spirit, Ghanaian by Soul and Sierra Leonean by flesh. His early life begun in Freetown -Sierra Leone, with his family. Definitely a family man, Omar believes the love, affection and support he got from his parents makes them the finest ever to walk the face of the earth.

Born in the early 1970’s he nurtured childhood fantasies of becoming a pilot when he becomes an adult but as he grew older and the puzzle of life fell in place he found himself pursuing a rather different career within the entertainment industry.

Omar Baa Oumson has always been an attention lover; he takes pleasure in putting a smile on a sad face through a genuine display of his entertaining talents. He has a rap music single to his name, released in 1989. He happens to exhibit proficiency in choreography and dancing.

Oumson holds a degree in French and Tourism from the Université Cheikh Anta Diopn (Cheikh Anta Diop University) in Dakar, Senegal. While in school he became the head of English students studying French at the University, underscoring his capabilities as a leader (political and otherwise).

His first appearance on the Ghanaian set was in Shirley Frimpong Manso’s ‘Different Shades of Blue’ – a television series about five university girls who shared a hostel room. Now Omar can count over 20 movies in which he has stared – dozens are in the pipeline soon to hit the screens.

Besides acting, Omar is a script writer, programmes organiser, radio presenter and linguist (English and French). He hosts a radio music programme Criss-Cross Africa on Citi FM, Accra. His lingual proficiencies have taken him across continents.

Omar expressed strong emotions against the increasing phenomenon of nudity in Ghanaian movies. “it’s crazy ,man, it’s crazy’. I don’t blame the producers or actors but blame the public,” he said. He thought the public’s continuous purchase of such movies motivate movie producers to make more of such movies to meet rising demands. “Those who complain are very few, majority are those who buy the movies.”

The actor harbours some quite revolutionary political ideas. “Democracy is not good for Africa”. In his view, it further separates Africans along the artificial boundaries that were set by the colonial masters. Monarchy or unity in political ideology is the way to go. Omar is a Pan-Africanist (Nkrumaist). He hopes to find himself within the ranks of ECOWAS or the AU canvasing for an immediate unity of African states.

Omar is a self-confessed fashion freak. That is at least one thing that is common between the characters he plays on set and his lifestyle. He enjoys the attention, “if I go to a party for instance and somebody is better dressed than me, I will go home and change.”

The programmes organiser is working on a project which he believes will aid in educating persons in West Africa’s English speaking countries about their counterparts in French countries. The saying that the English are very ignorant of the French is true he said, referring to observations he made during his numerous travels and interaction with both parties as a bases.

As his hobbies you will find Omar Baa Oumson partying or shopping.

He has words of encouragement for young movie producers that they pursue their trade with commitment and diligence as it is a very powerful tool to exhibit the rich Ghanaian culture and the beauty in African diversity. 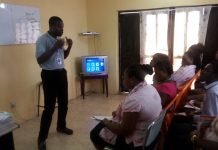 The Necessity of Teaching Critical Thinking in African Schools 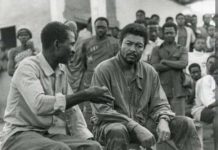 Recounting the Rawlings Legacy in the Energy Sector – IES 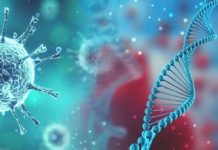 Death toll of traffic accident in western Cameroon rises to 53