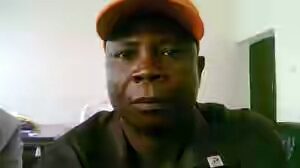 ?The Ondo State House of Assembly has appointed the state Commissioner for Agriculture, Alhaji Lasisi Oluboyo as the new Deputy Governor of the state.

The Speaker of the? Assembly, Hon. Jumoke Akindele announced this shortly after the lawmakers of the Assembly reconvened from a short break.

Akindele said the State Governor, Olusegun Mimiko forwarded the name of Alhaji Oluboyo for appointment as the new Deputy governor of the state.

Oluboyo Appointment is coming barely an hour after Alhaji Ali Olanusi was impeached by 22 lawmakers of the Assembly over allegations of gross misconduct.

The name of the new Deputy Governor has been forward to the screening committee of the Assembly for ratification.
Details Shortly.