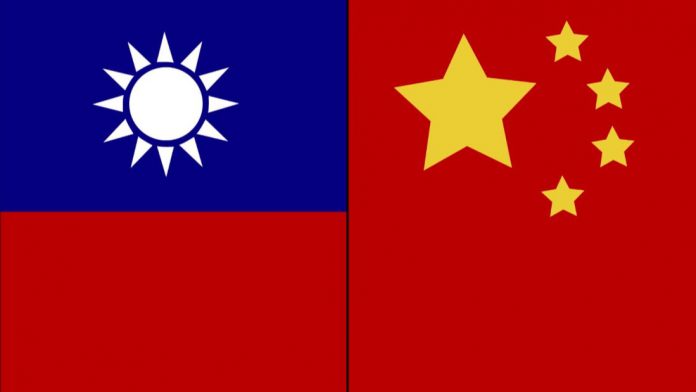 The World Health Assembly (WHA), the highest decision-making body of the World Health Organization (WHO), on May 24 refused to include a proposal on Taiwan’s participation in its agenda, which fully indicated that adherence to the one-China principle is a universal consensus of the international community.

There is only one China in the world. The Government of the People’s Republic of China is the only legal government representing the whole of China, and Taiwan is an inalienable part of China’s territory.

It is ridiculous for the DPP authorities to portray Taiwan as a missing link in the world’s anti-pandemic efforts and instigate their so-called “diplomatic allies” to make Taiwan-related proposals.

The Chinese Central Government always attaches great importance to the health and well-being of Taiwan compatriots. Under this precondition of abiding by the one-China principle, it has made appropriate arrangements for the Taiwan region’s participation in global health affairs.

To help the anti-pandemic fight on the island, Beijing has shared information with Taiwan 260 times on epidemic development and approved health experts in the Taiwan region to participate in 16 WHO technical activities. Besides, the WHO Secretariat briefed health experts in the Taiwan region three times on pandemic information, and the region has also joined the COVID-19 Vaccines Global Access.

It proves that Taiwan enjoys unimpeded channel and sound mechanism for information exchanges with the WHO and countries in the world. The “‘missing link’ rhetoric” is completely groundless.

As the COVID-19 pandemic is still rampant around the world, the 74th WHA shouldered huge responsibility in advancing global anti-pandemic cooperation. The DPP authorities and a few countries, going against the trend of history and making Taiwan-related proposals, are indeed pursuing their own political agenda at the sacrifice of the WHA and the international anti-pandemic cooperation.

To safeguard national sovereignty and territorial integrity, as well as the seriousness and authority of the UNGA and WHA resolutions, China would not agree with Taiwan’s participation in this year’s WHA. Ahead of the WHA’s opening, more than 150 countries have expressed through diplomatic channels their support for China’s decision. Over 80 countries have, through sending letters to the WHO, expressed their adherence to the one-China principle and their opposition to Taiwan’s participation in the WHA. This fully indicates that most of the countries in the world are upholding justice and a correct standing on questions related to Taiwan at the WHA.

Taiwan question bears on China’s core interests, where there is not a single inch for compromise. Relevant countries had better not underestimate China’s resolution and capability in safeguarding its core interests and unification. They should abandon their vain hope to meddle in China’s domestic affairs under the excuse of Taiwan question.