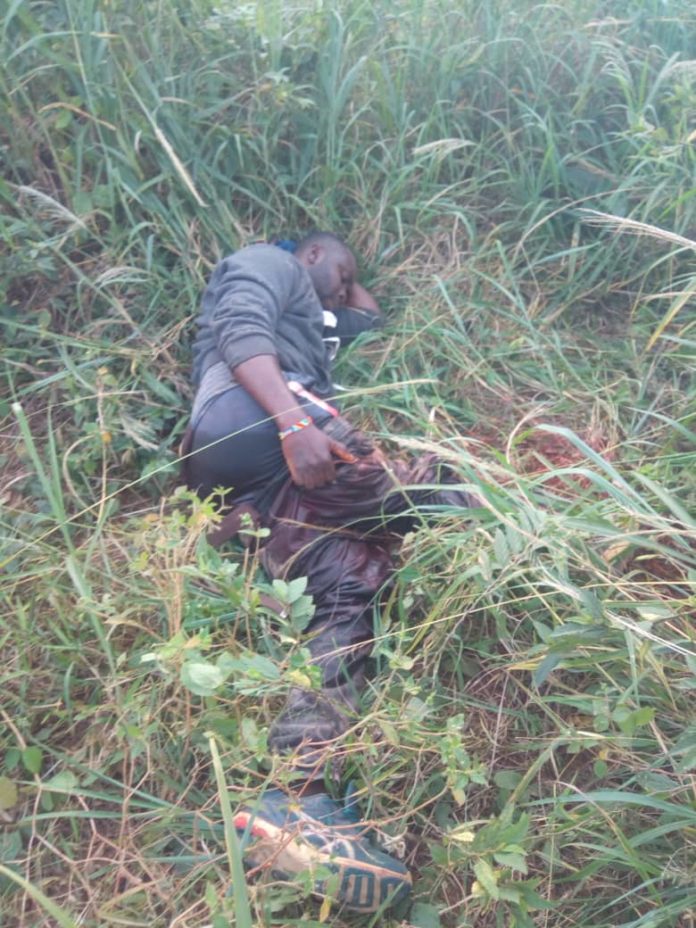 The Dormaa-Ahenkro Divisional Police Command has confirmed the death of a 36-year old man in a clash between supporters of the New Patriotic Party (NPP) and the National Democratic Congress (NDC).

The police have arrested three suspected persons allegedly involved in a clash at Nkrankwanta in the Dormaa West District of Bono Region.

The three suspects – Ali Musah, aged 33, Ibrahim Acquah, 33 years, and Amos Aning, aged 38 have been remanded into Police custody to assist in investigations.

Chief Inspector Oppong said on Saturday, August 8, 2020, at about 1735 hours, the Police Officer on duty at the Electoral Commission’s (EC) for the mop-up registration exercise reported a clash between the NPP and the NDC supporters that resulted in three persons sustaining gunshot and cutlass wounds.

The three victims – Kwame Grutan, 33 years, Gabriel Eliasu, aged 45 and Kofi Larbeth, 36 years who got injured in the clash were rushed to the Nkrankwanta District Hospital for treatment but Larbeth died later at the Dormaa-Ahenkro Presbyterian Hospital, he said.

The body of deceased had since been deposited at the Presbyterian Hospital mortuary, pending autopsy whilst Grutan and Eliasu were responding to treatment, C/Insp. Oppong said

He added that a Mitsubishi pick up and a motorbike with an unknown registration number were set ablaze and a Ford Tundra was also damaged.

The police PRO said the Bono Regional Police Command has expressed condolence to the family of deceased and appealed to the general public to assist Police with concrete information that would lead to the arrest of other perpetrators in the incidence.