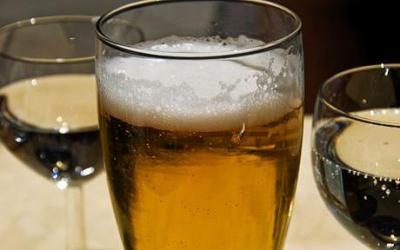 This is not the right time for this study. New government guidelines recommend no more than one drink per day for both men and women.

Those findings, posted to Health.gov on Wednesday, come during stressful times highlighted by a growing pandemic.

“As a nation, our collective health would be better if people generally drank less,” according to Boston University’s Dr. Timothy Naimi, who was one of the researchers on the report.

The study found two drinks presented a higher risk of death due to alcohol related heart disease, cancer and car accidents that a single drink. In 1990, a similar study suggested no more than two drinks daily for men and a single daily drink for women.

The difference between a single drink and second for men was reportedly minor, but enough to merit an update in the guidelines.

According to the National Institute of Alcohol Abuse and Alcoholism, a 12-ounce (350 millilitre) beer, 5-ounce (150 millilitre) glass of wine or 1.5-ounce (44 millilitre) shot of booze constitutes one drink.

Naimi noted that a lot of Americans exceed that recommendation. Researchers also found that a person’s risk of alcohol-related health problems could be effected by other factors associated with physical well-being.