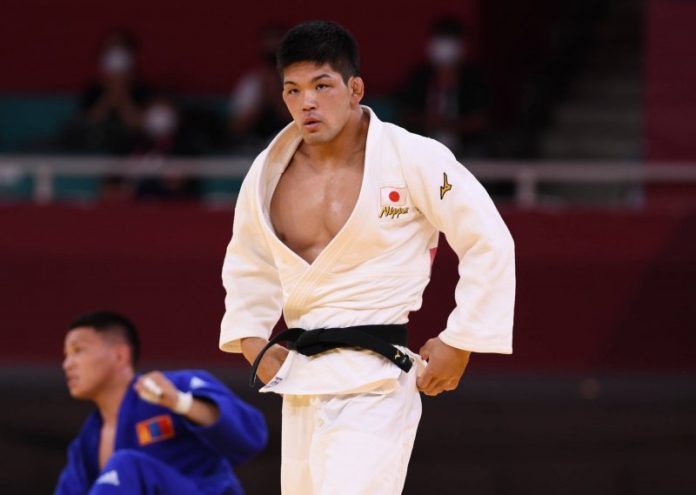 Shohei Ono on Monday claimed a fourth Olympic judo gold for hosts Japan from six events contested so far in the sport at the Tokyo Games.

Ono won back-to-back golds after his Rio 2016 triumph when the three-time world champion beat Georgia’s Lasha Shavdatuashvili by a waza-ari 5:26 minutes into golden score time in the -73kg division at the iconic Budokan arena.

Shavdatuashvili completed a full set of Olympic medals after 2012 gold and 2016 bronze.

The bronze medals went to An Changrim of South Korea’s and Tsogtbaatar Tsend-ochir of Mongolia.

Israel’s Tohar Butbol failed to reach the medal rounds, well-beaten by Canada’s Arthur Margelidon after Sudan’s Mohamed Abdalrasool became the second athlete to withdraw ahead of a bout against him.

No official reason was given and Butbol later said Israel’s delegation was told Abdalrasool had suffered a shoulder injury.

Abdalrasool should have met Algeria’s Fethi Nourine in the first round but Nourine scratched ahead of the match in order to avoid a potential meeting with Butbul – a move that saw him suspended by the ruling body IJF along with his coach.

The leading judo nation Japan had to be content with bronze in the day’s other medal event, shared by Tsukasa Yoshida with reigning world champion Jessica Kimklait of Canada in the women’s -57kg.

Gold went to Kosovo’s Nora Gjakova who won by ippon after her French opponent Sarah Leonie Cysique was given a penalty for an attempted head-dive attack less than three minutes into the contest.

It was the second judo gold for the Balkan nation at the Games, with Kosovo and Japan providing the only winners after three days and Japan the only nation to medal in every event.