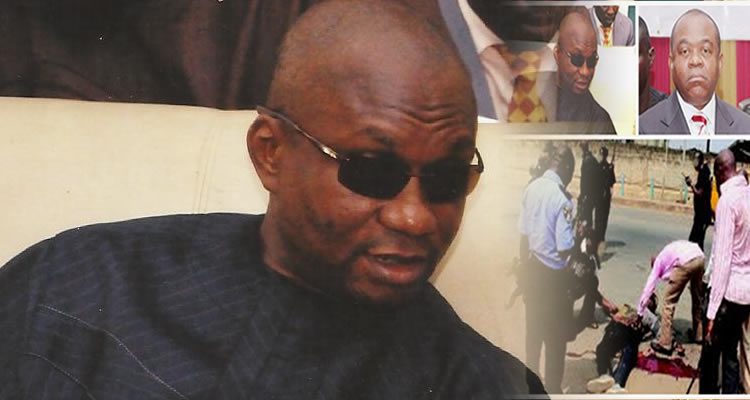 There are two reasons why I should not have replied to Onwumere?s invectives on the net. One is that there is nobody known as John Ndukuba killed in Abia as Onwumere wrote in his mendacious treatise. Two is that Onwumere is an indisputable phobic of Governor T.A Orji since over six years he has consistently been on the offensive, peddling falsehood about Abia and Chief T.A Orji. As it is, his position will always be anything but good.

He doesn?t like Orji and doesn?t see anything in the noble administration of our people-loving Governor. His disdain induced by his paymaster and rapacious intent to have a meal a day pushed him into his inglorious job of being the insulter-in-chief of the insult machinery of Orji Uzo Kalu who cannot get over the fact that he lost out in Abia.

The army captain in Onwumere?s story is his own creation. It never happened and as he mentioned names in the other cases he cited, why not the name of the army captain and possibly his division in the army? The Nigerian Army is highly disciplined, well organized and equipped to take care of their kind.

Onwumere, a known pedophile and ex-convict who thrives in blackmail and libel showed his disdain for the police in paragraph ten. Why not? Would you be surprised for such action? A man who has been to jail and back and had other issues with the police cannot but be full of disdain for the police for doing their job. According to Onwumere, ?since they are Nigeria police, sycophancy will be the report of the day.

Onwumere in his hurry to spite Chief T.A Orji did not see any difference between Ndubuka and Ndukuba. These are two different names and have two varying meanings. One doubts if Onwumere is an Igbo, much less being an Abian.

If he is writing about the sad shooting on Saturday, February 15th, the sad event which literally caused a shutdown in Abia happened in the full glare of the people. John led his Cousin brother, Engr Chinedu into his car and was moving to his own vehicle when the sad incident of the alleged accidental discharge happened. John has never quarreled or disagreed with Engineer Chinedu Orji. They related harmoniously like brothers which they are.

Onwumere?s hatred for the Governor of Abia and family would hardly let him know the truth. He has not seen any good in Abia from inception of this administration and he wouldn?t see it now that we are mourning this great loss.

It is abominable in Igbo custom and tradition to laugh at somebody?s misfortune. Onwumere is happy about the pathetic issue and now capitalizing on it to boost his fabrication and blackmail. Come to think of it, has Engineer Orji the capacity to order a policeman to shoot an innocent person? Is the policeman a fool to kill without justification?