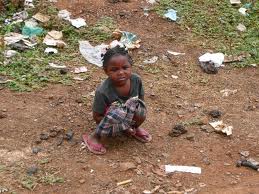 Without mentioning those OD free communities, he said the practice was one of the key sanitation problems in the Region, but indicated efforts were being made to mitigate the situation.

Mr. Amevor was speaking at a media training workshop on the “Menace of Open Defecation” organised by UNICEF and the Environmental Health Services Department of the Ministry of Local Government and Rural Development (MLGRD) in Cape Coast.

The workshop, attended by about 20 media practitioners from across the Region, was aimed at building participants’ capacity to report appropriately on relevant and released issues in the Region.

Held in line with World Toilet Day celebration marked on November 19, it was also to help community radio stations in particular, to create awareness on issues of open defecation in their communities.

He said some environmental health staff were also threatened with transfer from some persons in ‘high authority’, while Assembly members who were supposed to help in maintaining sanity in the various communities were subverting the efforts.

Despite the challenges, he noted that efforts such as Open Defecation free initiatives and other sanitation related programmes were being implemented in the Region, and called on all stakeholders to play their roles in support.

One of such initiatives is the Community-led Total Sanitation (CLTS), being implemented by the UNICEF in collaboration with the MLGRD in the Abura- Asebu-Kwamankese, Gomoa East, Ajumako-Enyan-Essiam, Asikuma- Odoben-Brakwa and Assin South Districts of the Region.

The initiative is also being implemented in the Northern, Volta, Upper East and West Regions of the countries, a selection based on high incidence of Open Defecation.

The CLTS focuses on a change from the open defecation as a norm to the use of toilets as a new norm, emphasizes behavior change rather than the

provision of latrines and frowns on communal latrines as a solution since their presence suppresses the zeal to invest in household toilets.

In a presentation on the menace of OD in the country, a Communication Consultant for UNICEF, Mr. Emmanuel Addai, revealed that last year , Ghana placed second in the Cholera ranking in West Africa with 28,944 cases and 247 deaths.

Nigeria took the lead with 35,946 cases and recorded 755 deaths with two cases and no death in Guinea Conakry, which was at the bottom of the ranking.

Mr. Addai indicated that the country’s OD rate had reduced from 22 percent in 1990 to 19 percent in 2015, but described the reduction after 25 years as worrying, since the Millennium Development Goal target on OD was 11 percent.

He stated that in the Ghana Statistical Service 2011 report, which is the most current, the Central Region, was ranked fifth in OD ranking with 14.8 percent rate as against the national average of 19 percent.

Some of the challenges with the CLTS, Mr. Addai said included limited Government funding, stakeholder apathy, environmental factors, political interference and lack of political will to enforce sanitation bye laws.