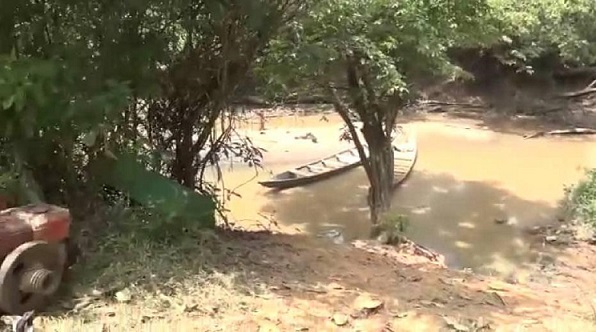 The team led by DSP Nana Asomaning, Head of the Tarkwa Vanguard team pounced on the illegal miners at their hideout around the forest reserve along the Esiama highway in the Ellembelle District of the Western Region.

Their activities along the banks of the Amansuri river may have ecological effects on the wetlands and subsequently fish production should the practice continue.

He said the team could only work effectively when people volunteer information and therefore urged communities to help in the fight against the menace.

The illegal miners according to DSP Asomaning, wielded cutlasses and other implements which made their operations deadly.

He said the destruction of water bodies and lands was becoming a national security threat that must be understood, appreciated and clamp down through collective efforts.

The four have since been handed over to Western Regional Criminal Investigations Department for further investigations.