The Presidency has denied reports that President Goodluck Jonathan intends to illegally stay in office for an extended period of two years. 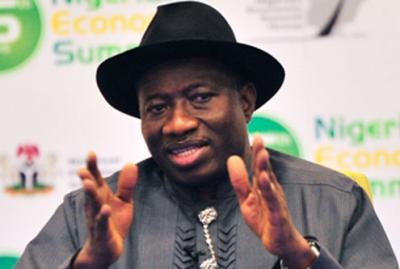 The Senior Special Assistant to the President on Public Affairs, Dr. Doyin Okupe, who addressed journalists at the State House Abuja, said the report was not true adding that the opposition aspirants were only seeking to embarrass the President after being rejected by Nigerians in the past.

He noted that nothing had changed, that will? make Nigerians accept either Major General Muhammadu Buhari (retd) or Alhaji Atiku Abubakar who had failed in their past quest to become president.

“Most of the candidates of the opposition are serial failures. Atiku has tried twice, he has failed, Buhari has done it four times, he has failed.

“If you present yourself in an election, the first time people reject you, second time, they reject you. So, have they gone to school, to Harvard? Or are they bringing new things?

“We are not worried at all. We are absolutely unperturbed. The president is going to contest against serial losers. People who never win elections, people who Nigerians don’t believe in, people who have no leadership, anything.

“And it is even now worse for them. This president has been given four years, a platform on which he has demonstrated administrative capability, efficiency and delivery. It is unarguable.

“This party, the APC, it is a new party, it is a good party. They will become relevant from 2019 upwards not now.

“Their declaration and participation is not a threat to us. They have never won an election before. Somebody who has contested four times and failed four times.

“For instance, what is Buhari going to tell Nigerians now? What is the new thing? He was a former military head of state and that is what he has done? Since then and now, what is the new story? You cannot compare I’ will do’ to ‘I have done.’ It is not possible,” the presidential aide declared.

On when the President is likely to declare for the election, Okupe made allusion to a Yoruba proverb which says “the biggest masquerade that comes out last,” adding however since the president had been under severe pressure to re-contest the presidency, it eas his belief that Jonathan would not disappoint his supporters.

“The president has been under intense pressure from ordinary citizens, ordinary Nigerians, foreign interests and local interest groups, and especially even his party.

“Virtually every level of party leadership has more or less endorsed the president to run and I believe the president is not going to let us down. He has done very well. We appreciate it and we are calling on him to come and run.

“As for the timing of his declaration, it is my belief that he will be after due consideration, take an appropriate decision that would be of the best interest of the country and of the party. But I do not see this being too long from now.”

According to him: “We have read the news as published in Sahara Reporters that the president is trying to elongate his tenure through means other than democratic means and that he is trying to use the excuse of the insurgency in the North East as the basis for doing so.

“This type of falsehood is quite characteristics and is the hallmark of Sahara Reporters in particular. But still, in order that the world and Nigerians in particular are not misled, I want to state categorically here that there is no truth whatsoever in that statement. It is not true. There is nothing like that on the board and this is not the president that will do a thing like that.

“There is no reason whatsoever for this president to do that. This is the same president as you must have recently heard, over 12million Nigerians have put their signatures to papers that he should come out and run.

“All the agencies and levels and stakeholders, authority in his party, the PDP, have endorsed him and they are actually asking him to come out and make a declaration and run.

“It is quite a logical thing to do because there is no reason why anybody should be thinking of changing a winning team.

“The issue also is that ever as it is everywhere in the world, endorsement itself is not undemocratic. It is the normal pattern in democratic parlance that when you have a sitting president and he is interested in a re-run, usually, he is given the choice of first refusal.

“The president is yet to make public his desire but this news from Sahara Reporters is absolutely untrue, it is falsehood and we deny it in all its entirety.

“It’s part of the calculated attempt by the opposition to try and throw everything into the arena to embarrass this president.”