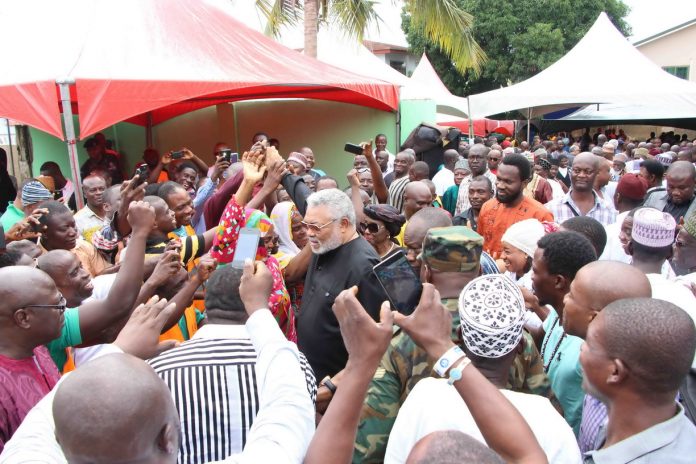 He made this known when he addressed rallies at Winneba, Awutu Kasoa and Nyanyano, in the Central Region, to round of his 2016 election campaigning tour at the weekend.

President Mahama said the opposition political parties should rather suggest the appropriate means of helping the nation to develop rather than undermining the good initiatives of the NDC.

According President Mahama the NDC is not struggling with anybody for leadership, saying the party’s excellent performance speaks for its self.

He said it is only people who are not able to make account of themselves, who are who are struggling for power.

He appealed to voters in the Region to endeavour to show appreciation for the good work by the NDC, by voting massively on December 7, to retain him in power to continue to initiate and implement more conducive developments to better their lot.

President Mahama said the government has perform creditably to warrant his second term election, adding that there is the need for followers of the party to avoid complacency to work harder to make the winning of the December 7 election more easy for the party.

“You must continue to intensify on your house to house and one on one campaigning to explain the good work s the NDC government to ensure total success of the December 7 elections without and hindrances,” he said.

President Mahama expressed the need for all eligible voters to ensure NDC parliamentary candidates in the various constituencies are accorded the same treatment, they would give to him.

He explained that, it is only when they give the NDC parliamentary candidates their mandate that, he as President could effectively champion the affairs of the country’s administration successful after December 7.