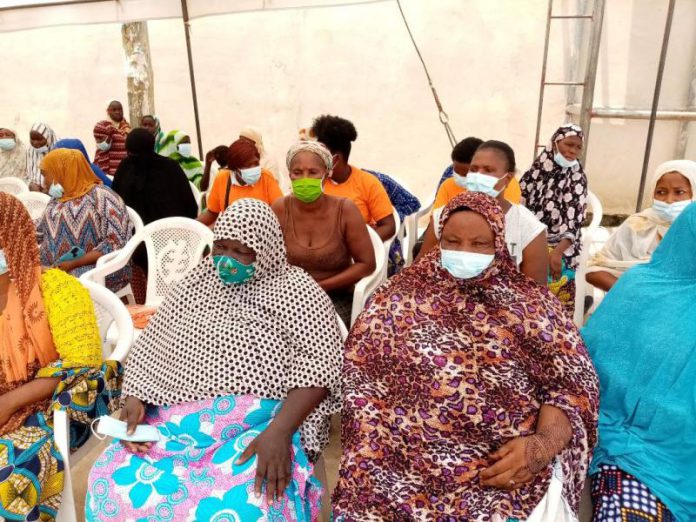 The Centre, a call centre for victims of SGBV, was launched last month and had become a game-changer in the fight against gender and other related violence in Ghanaian communities, he said.

Mr Ojoulape said this at the Fund’s sensitisation and health screening exercise held at Sabon Zongo in Accra to create awareness on its aim of addressing SGBV in Zongo communities and the country as a whole.

The UNFPA had a publicity plan for 100 days on SGBV, which included radio and television broadcasts, social media campaigns, and community outreach programmes, he said.

He urged the people to patronise the support centre to find solutions to issues of SGBV, saying though it was only a month old, it had resolved quite a number of issues.

The Orange Support Centre was not only providing legal, medical and psychological support to survivors of gender violence but working with the police to bring perpetrators to justice, Mr Ojoulape said.

He called on the people not to hesitate to call the toll-free number (0800111222) to receive immediate assistance.

Ahaji Yahaya Hamisu Baako VI, the Zongo Chief of Accra, commended the UNFPA for the initiative and said he and his elders would contact the various Imams to include SGBV issues and activities of the Orange Support Centre in their preaching during the month of Ramadan to help create awareness.

He said there were a lot of SGBV issues in the community and that; “the call centre will help lessen the burden on us.”

Alhaji Baako urged men and women to desist from engaging in gender-based violence because it did not promote the development of communities.

Mr Yakubu Abana, the Assemblyman for Nmenmeete Electoral Area in Sabon Zongo, said the Centre would bring peace and development to the community.

He said children about seven and eight years old were often left to cater for themselves due to SGBV issues, with many becoming wayward.
He expressed gratitude to the UNFPA for the initiative and called on it to include parenting as another aspect of fighting SGBV, adding: “A good child becomes a good adult.”