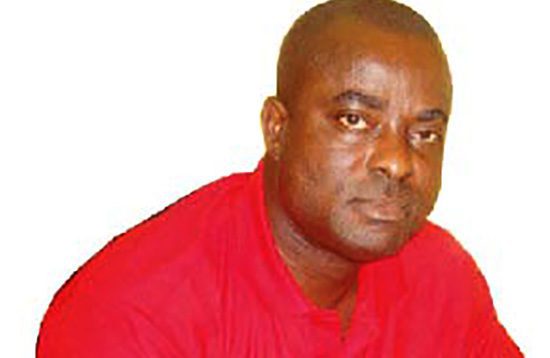 ?With the emerging denials here are there by the Abia State Government of not being responsible for the unlawful arrest and illegitimate detention of the Associate Editor of The Sun, Mr. Ebere Wabara, Friday 28 March 2014, the question is on whose order was he repugnantly arrested and who is the plaintiff on the suit charging him for??sedition.

?While in the hospital after he was released from the gulag at Umuahia?on Saturday?night on the said orders of the Inspector General of Police, IGP, it was learned that Wabara was on Monday 31st?March 2014 charged to court by an?Umuahia Magistrate Court in Abia State. There was also an order to arrest Chuks Onuoha, the Abia State correspondent of The Sun newspaper and others the suit described as ?at large.?

?The ?sedition? noise clamped on Wabara was that he authored certain articles which those charging him for ?sedition? did not found favourably. But without mincing words, who is the plaintiff in this matter in which Wabara is being charged to court for sedition in absentia, where he is also brazened-out with 10-count charge that the court said bordered on sedition, defamation of character and intention to cause dilemma in the state?

?The court was not seeing that it was a sheer anarchy on the side of the police who acted to effect the arrest of Wabara simple because there was a rumour that someone wrote a petition and without verifying the foolhardiness of the petition, the mesmerized police swooped into action which some Nigerians who are lawyers are saying would cost the police and whoever that instigated them to act unlawfully, dearly at last.

?As it could be deduced, the Abia State Government is playing hide and seek game in the matter of the criminally arrest of Wabara as it vehemently denied being part of the arrest?on Sunday, after Wabara was arrested and released, saying in press statement by Mr. Charles Ajunwa, the Chief Press Secretary to Gov. Theodore Orji of Abia, to News Agency of Nigeria, NAN, that the state government was not aware of the arrest of Wabara.

?But the NAN had written that in an interview with NAN?on Sunday, the Police Public Relations Officer (PPRO), Mr. Geoffrey Ogbonna confirmed Wabara?s arrest. Does this not go a long way to tell the world of the government of pretenders that we have come to endure in Governor Theodore Ahamefule Orji?s Abia State?

?Does it mean that the said ?seditious? articles that Wabara wrote were against the police or the court? If no, why are they so inquisitive to defend truth with mendacity?

?Who is the prosecution counsel Chief Chukwunyere Nwabuko representing in this matter since the Abia State Government had denied knowledge of Wabara’s arrest? Does it mean that the alleged articles said that Wabara wrote “along with others at large”, on March 10 in The Sun newspaper, page 21, entitled: “T.A. Orji?s seven years demystification of Kalu? and others were against Chief Nwabuko?

?Without hiding their faces in shame and apologise to Wabara and Nigerians of good will for their unpleasant abuse of human rights and abuse of Wabara, the sources that are bent on dehumanising Wabara on Monday 31 March, made their blundering claims (very bogus) in the newspapers that Wabara has ?jumped bail?. This is just that he was unable to report at the police in Umuahia on thatMonday, being the dictate of the police, when he was released from police cell that?Saturday?night.

?The sources and forces against Wabara did not even respect the said letter that the counsels of Wabara wrote to inform of his hospitalisation following the strains he earned as a result of the indignity he suffered in the hands of the said seventeen police men who besieged his Lagos residence and whisked him away in a most ignominious manner not befitting a democracy.

?The police which can be said are doing a hatchet job in this matter; the Network on Police Reform in Nigeria (NOPRIN), in a press statement issued by Okechukwu Nwanguma, National Coordinator of NOPRIN shortly after Wabara was arrested, said: ?Sedition was a colonial offence used by the colonial authorities to suppress opposition and to repress the freedoms of speech and the press. It has since been expunged from the Nigerian law.

??Curiously, the Nigerian Police authorities continue to charge media practitioners and critics with sedition in spite of its non existence in the Nigerian law. It is the same way that the police continue to rely on the colonial Public Order Act ? which has been declared by the Appeal Court as unconstitutional and illegal and unjustifiable in a democracy ? to repress freedom of expression.?

?It is essential to say that with analysts? observations on this matter that both the police and the court that are fronting the prosecution of Wabara did not and, are not, following due process. They failed before the case started by going to a far place like Lagos State, from Abia State, to unlawfully arrest a man who was not a common criminal, but a journalist, without a prior warrant order.