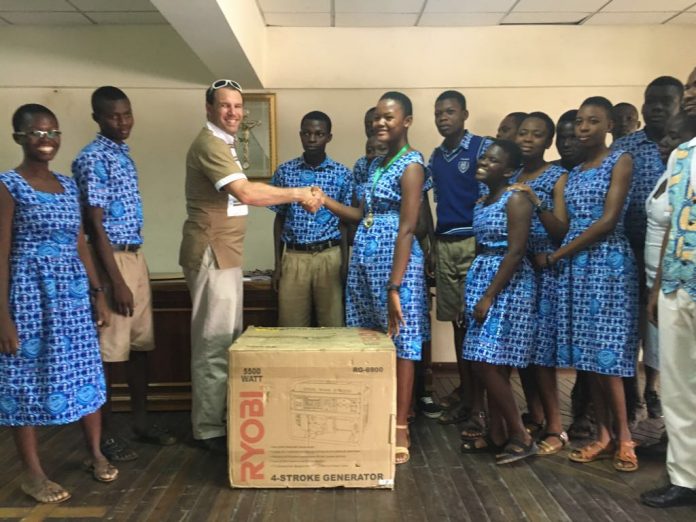 The winning school received a 5500 Watt generator, whiles the second took away a 40inch led television, the third had a water dispenser, as the fourth and fifth grabbed a printer each.

Marks were awarded in the competition based on bridge efficiency, aesthetics, design and record, and creativity.

The 2016 Competition on the theme “Building bridges-connecting people” challenged science departments of the five participating schools to design a model bridge for construction.

The competitors were, however, given guidelines as well as materials such as wood, strings and glue to carry out the task.

Activities that marked this year’s edition were a bridge display by schools, presentation and demonstration by schools.

Others are an overview of bridge building rules, bridge inspection and testing by judges.

Speaking to the Ghana News Agency later, Mr Trent Collins, Regional Manager for West Africa, KP Consulting, said this forms part of their Corporate Social Responsibility; stating that “every company must give back to society.”

He said KP Consulting as an engineering firm was keen to support the educational sector and so decided to highlight civil engineering based on the level of participants, create the enthusiasm, and as well develop their interest in pursuing various engineering degree programmes.

Mr Collins said the initiative would enable students appreciate what engineering is all about.

He said the demonstrations made by the participating schools, this year, brought out more details about bridges; which he attributed to thorough research.

The Regional Manager said it was time for schools to prepare their lessons, considering the need to prioritize practical learning to support theory.

Mr Collins said their challenges with regards to KP Schools Initiative Programme (SIP) has been punctuality, as some selected schools could not keep to time, adding that “when you step into the workforce, you need to be mindful and also take responsibility of your actions, it is essential”.

Mr Robert Boamah, a member of the SIP Planning Committee, in an interview with GNA, recounted that KP’s SIP started in 2012 in fulfillment of the Company’s corporate social responsibility of promoting science and engineering studies in state-owned second cycle institutions.

He said each year all participating schools were awarded with diverse items as prizes.

He said the initiative since it began had received positive feedbacks and therefore, expressed the hope that with time the company would incorporate a large number of schools in the competition.

On behalf of the Planning Committee, he commended all participating schools and expressed gratitude to the Management and staff of KP for their support towards ensuring that 2016 SIP accomplished its goal.