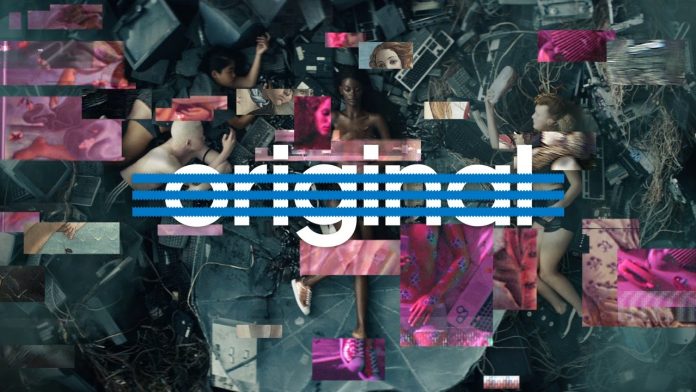 adidas Originals launches “Original” with a new film, Original is never finished, featuring visionaries from the worlds of music, skate, sport, style and art. Reaffirming the notion original is never finished, the film features a remix of the iconic song, “My Way” by Frank Sinatra with a provocative, reimagined approach to today’s streetwear culture. With a multi-generational cast including Snoop Dogg, Dev Hynes, Stormzy, Mabel, Kareem Abdul-Jabbar, Brandon Ingram, Petra Collins, Gonz, Lucas Puig and more, adidas Originals re-interprets its own classics and now turns to a new generation of creators, inspiring them to redefine the meaning of originality.

“Everything we do for adidas Originals is a work in progress, as true creativity is never finished,” says Alegra O’Hare, VP of Global Communications adidas Originals & Core. “We are constantly challenging ourselves and breaking down the boundaries that limit imagination; we hope to inspire all creators to do the same. We first raised this idea in 2015 through our superstar work, questioning the very meaning of the word. We then continued with the notion of the current dystopian future, by motivating consumers to take future into their own hands and create it. Now with original, probably the most important and centric concept to our brand’s ethos, we elevate the trefoil’s storytelling as we look into what it really means to be original, questioning its very essence.”

Conceptualized under the creative direction of Johannes Leonardo, adidas Originals’ global creative agency of record, the Original is never finished film explores this idea that if you push something far enough, it becomes original again. This philosophy carries through to the design language of the brand, which through collective memory continues to reinvent their past to create meaning for a new generation. The campaign signals the launch EQT footwear, a celebrated icon from the 1990’s, redefined for a new generation.

“The past empowers the future is a philosophy that the Originals brand stays true to in everything they do. We wanted to bring this to life by exploring the rich creative past of all spheres of creativity, music, art, film and even sport, “ explain Ferdinando Verderi, Wes Phelan and Matt Edwards, Creative Directors at Johannes Leonardo. “‘Original is never finished’ is an open invitation to the new creative community. It’s a call to action to create by using the past as a canvas for new ideas,” they add.

Original is never finished brings to life, through visual representation, the idea that recreating, in your own way, will always lead to something truly original. In the scene “The Birth of Venus”, artist/photographer, Petra Collins, reinvents a symbolic icon of beauty, Botticelli’s Birth of Venus. Collins’ subversive, striking visual sequence creates a new relevancy for infamous work of art. In another scene, rapper and songwriter, Snoop Dogg recreates his very own “Doggystyle” album cover with a trippy chase scene, while also making a statement on gender equality in hip hop culture by swapping the roles of his original, iconic protagonists.

The idea of originality continues to be challenged in the film with the juxtaposition of legendary icons and those of the future in scenes featuring skate legend, Gonz, alongside French professional skater, Lucas Puig both take to the streets in their own way proving that original is never finished. We then witness the passing of the torch from one basketball icon of the past, Kareem Abdul-Jabbar, to one of the future, Brandon Ingram, in the scene titled, “Raining Basketballs”.

The creators of today continue to define “Original is never finished” glimpsed in Dev Hynes’ nod to reflections of the past in his choreographed scene, “Mirrors,” while individuals masked in deconstructed adidas Originals NMDs, find a fresh purpose for the brands very own product giving it new meaning in a scene in titled, rightfully so, “Sneakerheads.” Mabel, Dej Loaf and Stormzy appear in additional scenes which are meant to inspire those watching to know that whatever they create will always be original because “Original is never finished.”

About adidas Originals
Inspired by the rich sporting heritage of adidas – one of the world’s leading sports brands and a global designer and developer of athletic footwear and apparel ­­– adidas Originals is a lifestyle brand founded in 2001. With the adidas archive at its foundation, adidas Originals continues to evolve the brand’s legacy through its commitment to product innovation and its ability to filter the creativity and courage found on courts and sporting arenas through the lens of contemporary youth culture.

Marked by the iconic Trefoil logo that was first used in 1972 and championed by those that continue to shape and define creative culture, adidas Originals continues to lead the way as the pioneering sportswear brand for the street.

About Johannes Leonardo
Johannes Leonardo was founded on the belief that the communications industry has changed and that change is just the beginning of a fundamental shift in the way consumers will ultimately engage with brands. In 2007, they coined the phrase, “The Consumer is the Medium,” a philosophy which has guided their approach to the biggest challenges facing some of the world’s most influential brands including adidas Originals.

The result of which, according to Stuart Elliot of the New York Times, has afforded Jan and Leo an outsize reputation of an “agency that is increasingly known for its unconventional creative output.” (2013).

The agency has been recognized for its breakthrough communication solutions throughout the industry and has been featured as the “Agency to Watch” in both Ad Age’s and Creativity’s Agency A-Lists. Their work has numerous industry accolades, including the inaugural Cannes Lion Grand Prix for mobile marketing and Gold Entertainment Lion for Music. The agency’s co-founders have also twice been featured in Creativity’s “50 Most Influential Creative People.”