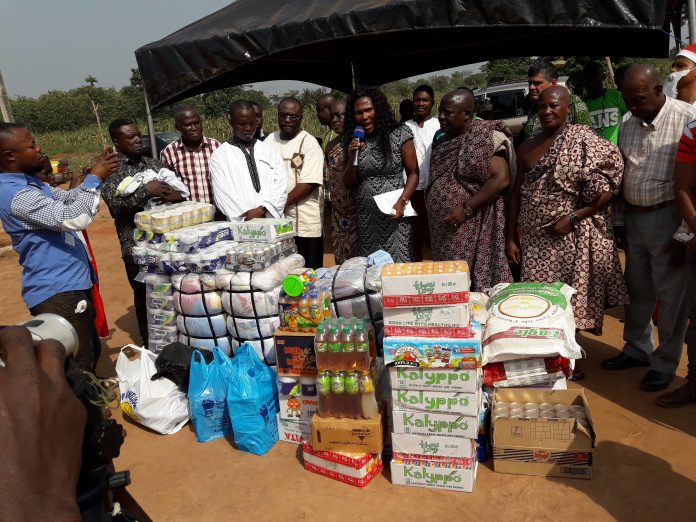 Children of Mumslove Rural Orphange at DuayawNkwanta in the Brong Ahafo region have called on government to implement policies and programmes that will make the lives of the vulnerable people especially orphans bearable. 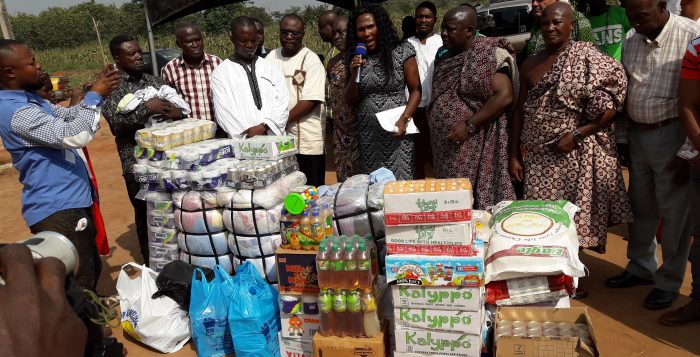 According to them, orphans mostly feel they are not part of the society in the absence of such interventions so they try to avenge their neglect.

The children raised the concerns during a Christmas party organized by One in Christ Ministries for orphans from four orphanges in Brong-Ahafo at Mumslove Orphanage at Duayankwanta in the Tano North District. The homes are Hannuka at Baakoniaba, Alafya at Abesim , Compassion Is Love In Action at Yawhima all in the Sunyani Municipality and the host Mumslove Rural Orphanage in Tano North. The church also presented assorted items to the various orphanages.

Even though the younger orphans who were present at the party gracefully danced to great tunes to the admiration of the dignitaries, the older ones expressed displeasure at the reluctance of the society to help them until special occasions such as Christmas.

Speaking at the function, the Head Pastor of the One In Christ Ministries, Bishop Nana Kojo Obiri-Yeboah, stated that the party was organised to put a smile on the faces of the orphans

Bishop Obiri-Yeboah further urged the society to do more in supporting the underprivileged in society even though
things are difficult.

The Founder and Manager of Mumslove Rural Orphanage, Imoro Admas, who received the items on behalf of the orphans was grateful to many people generosity who have been supporting the home. He appealed for more and regular assistance from the public.

Member of Parliament for Ablekuman, Nana Akua Owusu Afriyie, who resented the items on behalf of One In Christ Ministry pledged hers assistance for a three months old baby who had just been brought to the orphanage.

Impact of COVID-19 on hospitality industry