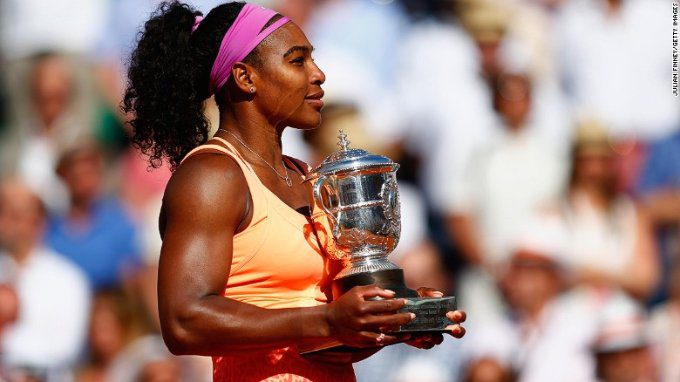 Japanese star Naomi Osaka needed just over an hour to oust Dayana Yastremska of Ukraine and book her spot in the Western & Southern Open quarterfinals while American veteran Serena Williams was taken down by Maria Sakkari of Greece on Tuesday.

Two-time Grand Slam champion Osaka’s serve was on fire in the third round match, blasting eight aces against Yastremska and saving all five break points she faced en route to the 6-3, 6-1 victory.

Coming up next for Osaka in New York will be No. 12 seed Anett Kontaveit of Estonia, who edged past Czech player Marie Bouzkova 6-3, 6-3.

In another absorbing match, Sakkari rallied from the brink of defeat to shock No. 3 seed and two-time Western & Southern Open champion Williams 5-7, 7-6(5), 6-1.

The first two sets were hotly contested, but in the final set the Greek star took total control, surging ahead 5-0 as frustration and physical struggles set in for Williams.

Sakkari will take on British No. 1 Johanna Konta in the quarterfinals.

There were also third round wins for Victoria Azarenka of Belarus, Ons Jabeur from Tunisia and American Jessica Pegula.

Xu and Melichar will take on Russian duo Anna Blinkova and Veronika Kudermetova in last eight action while Mertens and Sabalenka will face Lucie Hradecka of the Czech Republic and Andreja Klepac of Slovenia.

The Western & Southern Open is slated for Aug. 20-28 in New York, at the same site used for the US Open. The hard-court tuneup is normally held in Cincinnati but was moved this year because of the COVID-19 pandemic.

EU  sets out Joint Priority Areas for Cooperation with Ghana