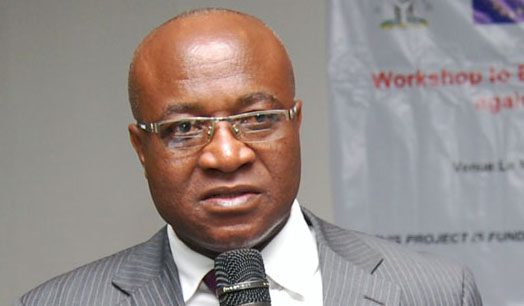 The Minister for Youth and Sports, Mahama Ayariga, was pinned to the wall in Parliament yesterday by the Minority New Patriotic Party (NPP) MPs when he tried to avoid answering a question posed by the MP for Ablekuma North, Justice Joe Appiah. He had wanted to find out how much was expended on the national team in the recent World Cup tournament in Brazil. The minister sought refuge under the commission of enquiry set up by the President to probe Ghana?s World Cup debacle, saying that the commission is a quasi constitutional body and that its work must not be interfered with until it finishes its probing.

He further told members that details of expenses on the national team?s participation in the World Cup would eventually be made public when the commission completes its work.

The Minority members, led by their leader, Osei Kyei-Mensah-Bonsu, strongly objected to the minister?s answer saying that it would completely be an affront on the authority and integrity of Parliament for the minister to refuse to disclose the amount spent on the national team, especially when the question posed by the MP for Ablekuma North had been admitted by the Speaker.

?Mr Speaker the posture of the minister, who is also Member of Parliament, should not be entertained at all in this honourable House because Parliament can even comment on matters in court when judicial decision is pending, only if those comments will not affect the final determination of the case,? the NPP MP for Sekondi, Papa Owusu-Ankomah, said. He pointed out that he did not see the reason why Parliament should be prevented from performing its oversight role when a commission is separately working for the executive.

The MP for Sekondi articulated that members of the executive must not be allowed to determine when and how Parliament should carry out its duties.

?This is a serious precedent which should not be tolerated and so the minister must be made to provide the answer as requested by Parliament,? he charged.

The NPP MP for Akuapem South, O. B. Amoah, said if the minister was refusing to provide the answer then Parliament must not approve the ministry?s 2015 budget because when the budget was even approved and they were asked to account for it, they would not be able to do that.

The Minority Leader, Osei Kyei-Mensah-Bonsu, told the august House that the same minister when he was then Minister for Information and Media Relations, strongly objected to the minority?s request to have a Parliamentary inquiry into Ghana?s participation in the 2014 World Cup after so many allegations of financial impropriety came up. He stressed that the sports ministry must be hiding something from the people of Ghana that was why the minister was seeking refuge under the presidential commission.

The MP for Ablekuma North, who asked the question, also insisted that the minister provide an answer to his question because many Ghanaians wanted to know the amount involved.

The First Deputy Speaker, Ebo Barton-Odro, who was presiding over proceedings, said in view of the importance of the question and the fact that any answer in reference to Standing Order 93(1) of Parliament could not prejudice the commission?s work, the minister would have to come back in two weeks? time to provide the exact answer to the question.

The minister agreed to provide the answer in two weeks? time.