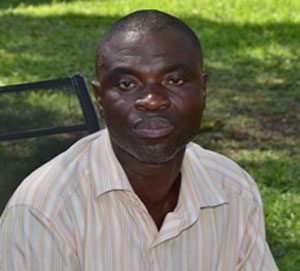 A leading activist of the National Democratic Congress (NDC) Osei Yaw Nketsia aka Asemfofro has ridiculed the promise by President John Mahama to implement the free SHS policy.

?Does he think that we are small boys in this country? It is a period close to election and so intends using it as a campaign tool. If he thinks he can fool Ghanaians he must be fooling himself.?

President Mahama, he said, has discovered how unpopular he has become and so decided to use another politician?s idea with a view to deceiving the electorate.

Asked why he has become so blunt given the fact the NDC gave a vehicle a few years ago, he said, ?I am objective and would speak the truth no matter whose ox is gored. If someone genuinely promises free SHS I would support him because I have so many children in that level of education. President Mahama is just throwing dust into the eyes of Ghanaians.?

He challenged President Mahama to launch the programme after the Easter holidays if he is sincere about it.

?I recall telling the late President Mills about a free SHS programme long ago but he told me that he is all for it but his people were not ready for its implementation.