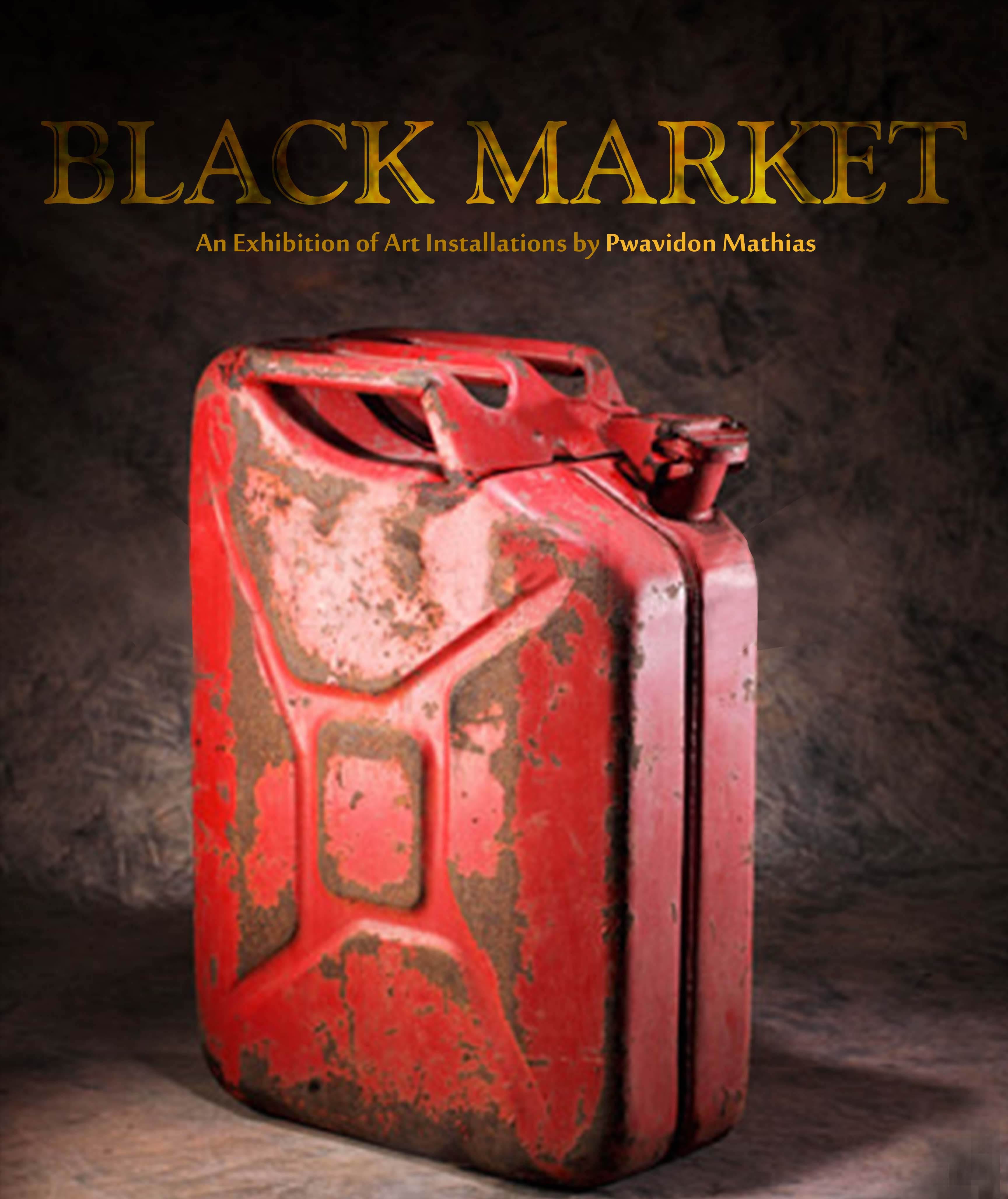 ?The Osh Gallery opens to the general public with an art installation by Pwavidon Mathias.

?Black?Market, an art installation by?Pwavidon Mathias?addressing the subject of fuel scarcity within a socio-political context. Initially billed for the?26th of July, it will open at?The Osh Gallery?on the?2nd of August,?2014. Mathias?explores the various props and scenarios that characterise the all too familiar seasonal bouts of?petroleum scarcity in the Nigerian state.

With his primary vehicle as the Jerrycan, a container designed for use in Germany army in 1937, the artist suggests a state of unconscious warfare hinged on the prevalence of these receptacles and their significance to the everyday living of the average Nigerian.

A hybrid of painting, sculpture and video art, Pavidon Mathias in this thought provoking project has strategically created a scenario where the viewer is subconsciously drawn into an organized disharmony of props, drawings, lighting and texts; engaging with his rebuilding of “Black?Market”.

The artist seeks to create a link between the domino effect of the unavailability of petroleum resources and other salient realities that shape the everyday life of the Nigerian. On a broader and more universal plane, the artist prods the innate instinct of the human to hoard.

Pwavidon Mathias?is a final year student of Fine Art at the?Nelson Mandela University?in?Port Elizabeth, South Africa?where he has spent the past four years pursuing a second degree in his first?love. Vidon, as he is fondly by called by close friends is endeared to the experimental possibilities?potent in the three dimensionality of sculpture and the characteristics of various material/media in?relation to the subject matter. He prefers to be addressed as an??artist still in the incubator??as he?attempts to make an entry into the ever dynamic Nigerian Contemporary Art Scene. He recently?showed a series of scratch paper etchings at the?“The Maker New Contemporaries”?a platform?created by the African Artists Foundation for young artists to showcase their portfolios to the public.

ABOUT THE OSH GALLERY

The Osh Gallery?is a privately-owned gallery that serves as a platform for budding artists to showcase their work to the public. Our?Artists’ Development Program?(ADP) provides a thriving environment for emerging artists to engage a curatorial team towards the realization of their career goals. The gallery organizes seminars, workshops, residencies, internships, and exhibitions with the sole aim of giving artists a strong foundation for their professional careers. We also serve as a hub for collectors who are keen on following new artists from the inception of their careers. As part of our mentorship initiative, the gallery occasionally shows the works of a more established artist, allowing for younger artists to get first hand interactions with industry professionals.