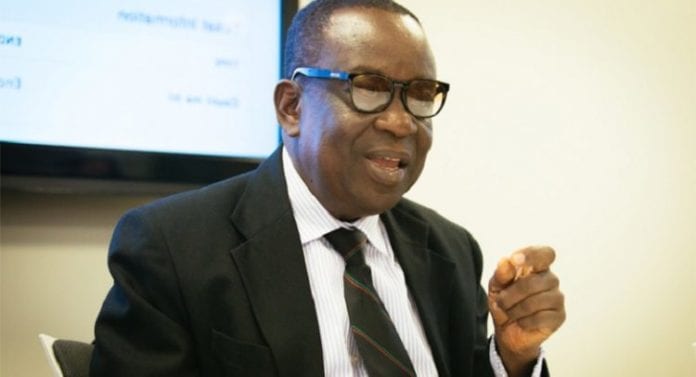 Mr. Albert Kan Dapaah, the Minister of National Security has given the assurance that there was no cause for alarm over cross-border activities that could destabilize the country.

He said security personnel are on high alert to defend Ghana both in and outside and people should transact their businesses and other economic activities without fear.

Mr. Dapaah made this known when he addressed the “Meet the Press” series organized by the Gomoa Central District Assembly to tout developmental projects undertaken in the area in the three year administration of the ruling New Patriotic Party government.

The Minister said the Meet the Press series was introduced by the Ministry of Local Government and Rural Development and Ministry of Information to bring governance to door steps of the people.

Mr. Dapaah said government was accounting to the people through the programme to enable Ghanaians to know how their taxes were being used.

On security, the Minister for National Security said armed robbery, kidnapping and other highly horrendous crimes have reduced drastically due to the pro-activeness of the national security operatives.

He said the government would through the security operatives continue to promote the peace and stability of the country.

He said the Ghana and Senegal together produces large quantity of salt in sub-Saharan Africa, and that if salt alone was properly managed it could generate billions of cedis for the country’s infrastructural development.

On the referendum, the Minister for National Security urged the chiefs and the people of Gomoa Central to vote ‘YES’ to aid the election of Metropolitan, Municipal and District Chiefs Executives (MMDCEs) by the people.

Mr. Kwamena Duncan, Central Regional Minister said due to mismanagement of the national resources it forced the country some few years ago to go to the International Monetary Fund for a bailout upon which the previous government woefully failed to recruit nurses, medical staffs, teachers and non-teaching staff due to poor state of the economy.

The Minister said government led by President Akufo-Addo has worked hard to put in place prudent measures to recruit huge backlog of nurses and teachers who were those times picketing at the ministries for recruitment.

Mr. Duncan commended the MP for Gomoa Central and who is also the Deputy Minister of Lands, forestry and Natural Resources and Mr. Benjamin Kojo Otoo, District Chief Executive (DCE) for their unity and mutual understanding that had brought more development to the district.

Mr. Ben Kojo Otoo, the DCE for Gomoa Central enumerated over 300 projects that have been executed within three years.