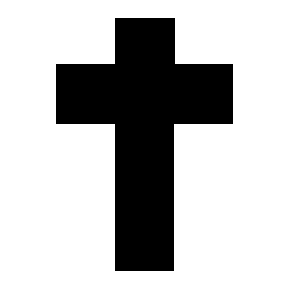 Apostle Dr. Emmanuel K. Anim, the Principal of the Pentecost Theological Seminary (PTS) in Gomoa-Fetteh, has admonished Christians to remain obedient to God and His word.

He said Christianity was all about obedience to God and His Son Jesus Christ whose birth is being commemorated globally on Christmas.

Apostle Anim said although Christmas represented a period for sharing and showing love in diverse ways, as was done by the wise men for the King Jesus, it must also be considered as a period for reflection and correction.

He encouraged Christians to live lives that reflect the true nature of Jesus Christ whose deeds they professed to emulate, rather than leading lives inconsistent with God’s teachings, including disobedience and lack of respect for laws and authority.

Apostle Anim, in an interview with the Ghana News Agency, noted that when the European missionaries came to Africa, in spite of the many good things they did, one of the problems they created was the concept of worship.

“In a typical African context such as the Akan context, they will tell you that if you want to tell God something, say it to the wind. They will also tell you that nobody teaches the child God,” he said.

Apostle Anim said this meant that God cannot be caged and that He is everywhere, and to recognise Jesus as king, is to acknowledge that he is not limited to any period or time but He is the King forever.

“However, we received a kind of Christianity that confined God to the Church house, so to worship God, you have to go to church,” he said.

He said this in essence, was saying that God could only be found at the Church, but not at the workplace.

“So the worshipper can go to church and worship and then go their way and do galamsay after closing, and not find anything wrong with it even though the earth is the Lord’s and the fullness thereof,” he said.

Apostle Anim said this was unacceptable and advised Christians to be conscious that they were the very residence of God, which makes them unique people, hence they must live as stewards of God on earth and strive to preserve the land through their good deeds.

He encouraged all to remain fruitful to the course of Jesus Christ during the Yuletide and not to indulge in any negative behavior that would create problems for society.