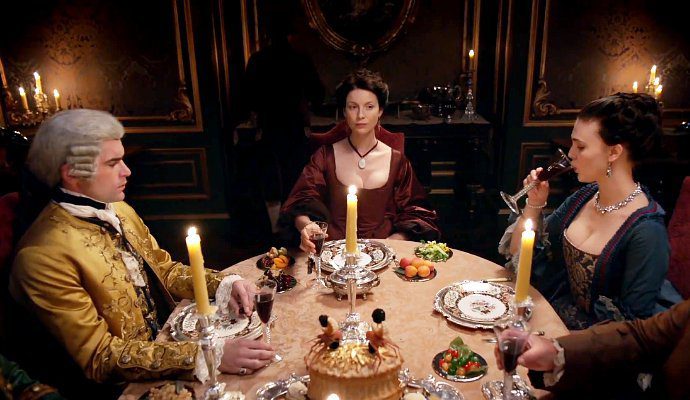 Starz has released the first teaser for “Outlander” season 2. The nearly-one-minute video sees what happens to time-traveling Claire (Caitriona Balfe) and her husband Jamie (Sam Heughan) after they arrive in France.

“Let’s talk about the future and how we’re going to change it,” Claire says. Jamie then points out that there’s “going to be a war.” Claire tells Jamie, “We have to stop it here, in France.” Jamie replies, “We’ll be lying to everyone.” Claire adds, “We have to remember what’s at stake. The future of Scotland itself.”

The footage then sees royal halls, Claire’s burgeoning baby bump and epic battle scenes. “Do you think we’ll change things?” Claire asks Jamie, to which he replies with a sly smile, “You tell me, Sassenach. You’re the one from the future.”

The second season of “Outlander” will premiere in spring 2016. The show will introduce new faces, such as Le Comte St. Germain (Stanley Weber), “a wine merchant and member of the French Court” who is described as “a bit of a villain,” Alex Randall (Laurence Dobiesz), the younger brother of the main antagonist Black Jack Randall (Tobias Menzies), and King Louis XV (Lionel Lingelser).