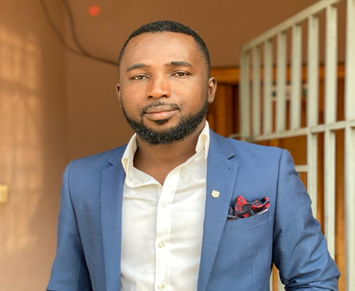 The over-exploitation of the natural environment and destruction of biodiversity are among the major causes of the outbreak of many infectious diseases in the world.

Mr. David Kwarteng, an Environmentalist, said excessive bush burning, illegal logging and mining, pollution, hunting for game and other destructive activities on the natural environment, were the main factors responsible for the outbreak of many deadly infectious diseases, including the coronavirus.

Speaking to the Ghana News Agency in an interview in Kumasi, he said studies showed that pollution alone was the cause of many major diseases, some potentially fatal.

Mr Kwarteng mentioned some of the diseases caused by excessive pollution as asthma, cancers, neurodevelopmental disorders, birth defects in children, heart and lungs diseases and stroke.

He cited the current outbreak of the novel coronavirus, which was believed to have been triggered by human activities in Wuhan, China and said studies indicated strong linkages between environmental destruction caused by human actions and diseases.

“Most communicable infections like Ebola, HIV/AIDS, and currently, the COVID-19 have linkages to human actions on biodiversity”, he stated, adding that, “these are often as a result of over exploitation or the speed over effect on nature.”

“In order to ensure that the present crisis of COVID-19 is cured and future happenings prevented, society must transition to a more just and equitable society where humans co-exist harmoniously with nature,” he said.

Mr Kwarteng, who is also the Director of the Institute of Nature and Environmental Conservation (INEC), an NGO focusing on preservation and protection of plants, said the culture of tree planting, afforestation, land reclamation and restoration, wildlife conservation and plastic waste management should be embraced by all.

This, he believed, was one of the surest ways to ensure climate mitigation as well as sustaining human lives in the wake of pandemics such as COVID-19.

He called for a national action on trading of illegal bushmeat to curtail some underlined effects of consumption on human health.

Mr. Kwarteng said it was worth noting that China, which had one of the biggest bush meat markets worldwide, had closed its markets to reduce transmissions of such diseases from animals to humans.