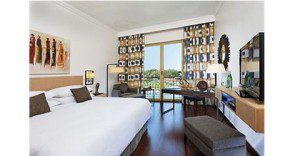 Overall national guest nights for December were 3.4 percent higher than in December 2015, and were the highest for any December month, according to a Statistics New Zealand report.

International guest nights, which had risen throughout the last three years, were up 7.5 percent year on year, while international visitor arrivals were up 11 percent to 494,200.

Domestic guest nights were up 0.3 percent, following falls in October and November 2016.

A surge in travelers from China, Australia and the United States drove New Zealand visitor numbers to a new annual record last year, the said in January.

Efficient and judicious land use necessary to beautifying Accra – Minister

Collins Dauda, 4 others & the US$200 million Saglemi Housing Project – The facts