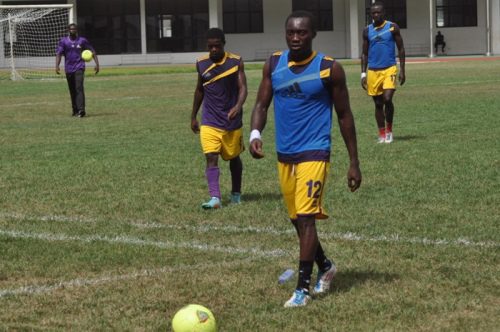 Owusu will star pre-season with his new side on Monday after signing a two-year deal with the club earlier this week.

The former Tema Youth trainer has promised to change the philosophy of the side and the experienced right-back who had a fabulous debut season last term has welcomed the change.

?We as players must respect the decision to appoint a coach and I?m very happy for him (Owusu),? Adade said.

?He?s a fine coach and I believe he will succeed at the club. I know of his abilities and I?m just happy to work under him.

?The ultimate aim for us is to win the League title and make our fans proud and I believe the new coach will inspire us to achieve that.

Adade joined the Mauve and Yellows from King Faisal last season and played a significant role in their debut CAF Confederation Cup campaign.

He is now a subject of intense bidding from some unnamed clubs in Europe and knocking on the doors of Ghana?s Olympic team.