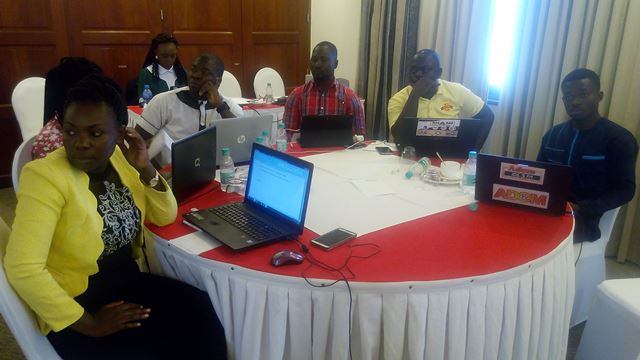 Oxfam-IBIS has organised a two-day training workshop for senior journalists and managing staff of Civil Society Organisations (CSOs) in Accra. 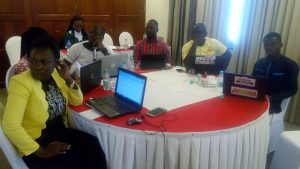 The workshop was aimed at enhancing the collective capacity of participants to fight against inequality in Ghana.

The main goal of the training workshop was to increase the capacity of Oxfam staff, development practitioners, media and partners on inequality and approaches to tackling the inequality challenge in Ghana.

The workshop was organised by the Institute of Democratic Governance (IDEG) in collaboration with The West African Civil Society Forum (WACSOF) and OXFAM-IBIS.

Mr Tijani Ahmed Hamza, the Country Director, IBIS Ghana, said across the world, the gap between rich and poor was widening; stating that in 2013, seven out of 10 people lived in countries where economic inequality was worse than 30 years ago.

He said in 2017, Oxfam estimated that just eight people owned as much wealth as the rest of humanity; adding that “economic inequality has reached extreme levels”.

“Tackling inequality is central to the Oxfam’s Strategic Plan (2013-19), “The Power of People against Poverty”, and Oxfam in Ghana’s country strategy (2015-2020) and operating model puts an emphasis on tackling the structural causes of poverty and inequality,” he said.

He recounted that to tackle inequality, Oxfam launched a global campaign; dubbed “Even it Up” in 2014.

He said the project aimed at shifting the terms of the global inequality debate and pushing for positive competition amongst decision-makers on game-changing progressive policies that fight inequality, backed up by a solid new political and economic orthodoxy that extreme inequality is wrong, and stands in the way of people claiming their rights.

“Oxfam Ghana’s “Even it Up” campaign strategy has identified working towards achieving equitable education for all and universal health coverage by advocating for the government to prioritize equitable budgetary allocation and spending on quality public basic education and public health, as well as empowering citizens to demand accountability from duty bearers and policy makers,” he said.

He explained that the third strand was centred on increased national domestic revenue through progressive taxation for public health and quality education to tackle poverty and inequality.

He said Oxfam and partners had a strong track record of campaigning for change in Ghana.

That, he said, had included campaigning successfully to demonstrate inequalities within the health system and influencing modifications to the IMF bailout agreement, including an additional 200 million dollars (representing a 30 per cent increase) to support the most marginalized people in Ghana.

He mentioned that included the expansion of budget allocations on Social Protection by 37 per cent in 2015 and greater transparency and accountability measures in the agreement, including a requirement to publish revenues, expenditures, and public investment plans.

“Oxfam in Ghana is looking to build on this and to work closely with its national partners and other stakeholders to scale up efforts to tackle inequality, Mr Hamsa said.

“However, during Ghana Inequality campaign strategy planning meeting in June 2016, it became imperative that Oxfam in Ghana and partners needed to enhance collective capacity in our understanding of inequality and how to tackle it from campaigning and influencing perspectives,” he added.

Mr Bela Emile Kouakou, the Regional Programme Officer, WACSOF, said a wide spread inequality in the sub-region would not bring about growth and development.

Mr Kofi Awity, the Director of Operations, IDEG, announced that IDEG had conducted some study into post-election violence after the 2016 general election, which would soon be launched.