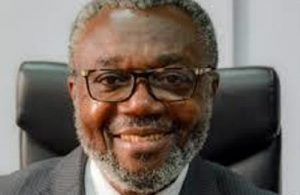 The Public Accounts Committee (PAC) of Parliament has indicted the Ghana Health Service (GHS) for failing to pay more than GH¢61,000 being proceeds from the auction of nine vehicles into a non-tax revenue account since 2014 as required by the Financial Administration Act .

The said amount was hurriedly paid into the account only last Monday after the PAC had served notice to the GHS to appear before it in respect of the disposal of government vehicles captured in the Performance Audit Report of the Auditor-General (A-G) for 2015.

According to the regulations on auctions, proceeds from auction sales should be banked within 24 hours but the GHS failed to do so.

This came to light at the public hearing yesterday when the GHS took its turn to appear at the PAC to respond to queries of infraction and lack of transparency in the disposal of government vehicles.

Members of the committee grilled the Director-General of the GHS, Dr Anthony Nsiah-Asare, who led a team of officials from the service to the PAC. In a letter, Dr Nsiah-Asare refuted the claims by the Attorney-General (AG) which accused the service of not following due process and also abusing the auction regulations to the advantage of officials of the GHS who mostly benefited from the exercise.

The tone of the letter did not go down well with the committee members who thought it was harsh and also smacked of falsehood when the members exposed the infractions in the auction process as captured in the A-G’s report.

After the back and forth, Dr Nsiah-Asare was given the opportunity to either withdraw the letter or stick to it but he chose the former and rendered an apology to the committee for crafting the letter in that tone.

He assured the committee that the GHS had put proper systems in place to prevent a repeat of such breaches of the law, adding “we will make sure that money not belonging to us is paid into the appropriate account.”

The Chairman of the PAC, Mr James Klutse Avedzi, asked the GHS to pay the appropriate accumulated interest on the money into the non-taxable account.

A member of the committee, Mr Sam George, who is also the Member of Parliament (MP) for Ningo-Prampram, demanded actual proof of payment of the GH¢ 61,000, and said paying with dud cheques could be dishonoured.

The MP for Builsa South, Dr Clement A. Apaak, expressed concern that institutions did not appear to take the PAC seriously, noting that the excuses organisations appearing before the committee gave for their inability to provide some information to help the work of the committee were becoming too many.

Surprising to the committee, some vehicles, including a Suzuki Trooper and an ambulance, were auctioned for as low as GH¢350.