Officials of the Ghana Health Service on Thursday argued in favor of giving their staff the first option in the auctioning of their state vehicles.

During the sitting of the Public Accounts Committee of Parliament on Thursday, the officials initially disputed the findings of the Auditor General with regards to the auctioning of nine state vehicles in 2012, as captured in the 2015 Auditor General’s report.

It is alleged that, the service sold nine unserviceable vehicles to some staff without advertising for the public.

The committee noted that, the service had expressed its wish to have some staff participate in the purchase of some of the vehicles and urged the auctioneers to this effect.

The Director General of the Service, Dr. Anthony Nsiah, however, insisted that, there were advert placements for the auction, but noted that he saw nothing wrong with selling the vehicles to their staff, despite the delays in receiving payment for the vehicles.

“If somebody works in an establishment for 30 years and there is a vehicle or motorcycle which is about 25 years old, I would have wished that if you want to dispose off such a vehicle, as motivation to the staff, they should have been given the first option.”

“If you are auctioning vehicles which are unserviceable and a staff has been working for over 30 years, if he is given the option to buy it, I think it is a very good thing to do,” Dr. Nsiah said.

But upon further probing, the Ghana Health Service accepted wrongdoing, and noted that the Director-General has been instructed to withdraw a strongly worded letter that damned the findings of the Auditor General against the service.

“As indicated somewhere in the letter, after the performance audit when the Ghana Health Service was advised on what should take place, we have actually been complying with the recommendations of the audit service,” Dr. Nsiah stated.

The issues with auctioning follow the Public Accounts Committee’s grilled officials of the Ministry of Food and Agriculture (MoFA) after an auctioneer to the ministry was said to have contravened auction laws by auctioning 24 vehicles to staff of the ministry at ridiculously low prices. 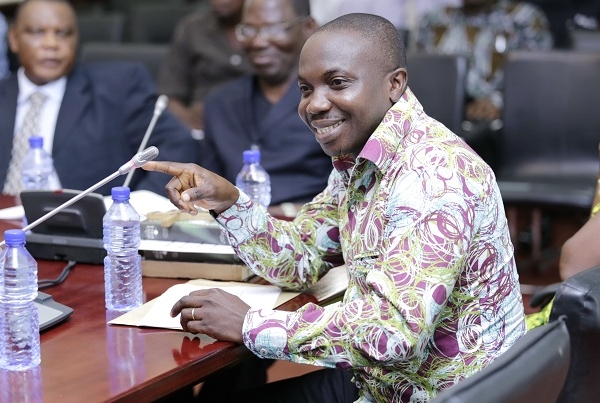 The auctioneer, Alex Adjei, side-stepped all the laws governing the proper disposal of government vehicles and disposed off the vehicles, mostly double-cabin pickups, to the staff of the ministry and pocketed GHc33,203 as his 7% commission on the sale of the vehicles.