A Pakistani high court on Monday banned the celebrations of Valentine’s Day at public places and government offices across the country with immediate effect. 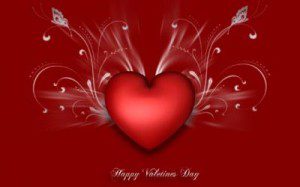 Justice Shaukat Aziz of Islamabad High Court (IHC), hearing a petition filed by a citizen, also prohibited its promotion at mainstream and social media, seeking reply from the information ministry, federal government, Pakistan Electronic Media Regulatory Authority, and chief commissioner of the Pakistani capital Islamabad about the execution of the court orders.

The petition maintained that promotions on mainstream and social media for Valentine’s Day are against Islamic teachings and should be banned immediately, adding “in cover of spread of love in fact, immorality, nudity and indecency is being promoted which is against our rich culture.”

Every year, Valentine’s Day draws a mixed response from Pakistani citizens, with a little number of supporting and celebrating it on Feb. 14, especially in big cities.

People belonging to religious parties protest its observance in Pakistan, while a majority of the population remains indifferent to the celebrations.

For the first time in Pakistan, all major hotels in the country have been openly marketing to lure the couples to attend programs arranged arranged by them to celebrate the event.

The government of Pakistan’s eastern Punjab province has already warned couples to behave and advised parents to keep an eye on their children on the day, and formed special police teams to thwart such activities.

Last year, Pakistani President Mamnoon Hussain had also urged the nation not to celebrate Valentine’s Day, saying that it has no connection with the country’s culture, religion and national identity.

Commenting on the decision, Senior Lawyer of the Supreme Court of Pakistan, Sardar Latif Khosa, said that the courts should not give verdicts on such soft public issues.

“In my personal opinion, such events are related to human feelings and passions. People celebrate such occasions to express their feelings about their loved-ones. Anyhow the court has given verdict, so everyone should follow it,” Khosa told Xinhua. Enditem