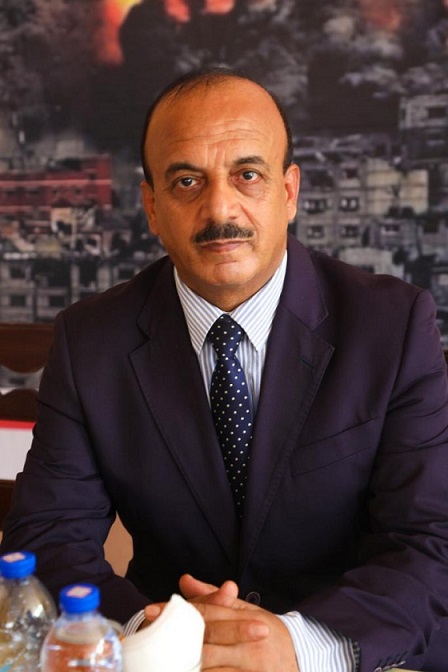 Ambassador Abdal Fatah Ahmed Khalil Alsattari, Palestinian Ambassador to Ghana has called on United States to be fair and balanced in their intervention to resolve the issue between them and Israel to facilitate the peace in the Middle East and Palestine.

“Although there has been a ceasefire between Palestine and Israel following the recent crisis, the issues that led to the conflict are still pending with Palestinian families still under siege, Abdel Fatah Ahmed Khalil Alsattari, Palestinian Ambassador to Ghana said in a statement signed and copied to the Ghana News Agency on Thursday in Accra.

“Despite the commitment of the Biden Administration to bring the conflict to an end, nothing significant has changed towards the termination of the ongoing annexation, occupation, and apartheid activities that Israel has unleashed onto the Palestinian people”.

The statement said lands of Palestine were still occupied by Israel, over hundred court cases still pending with women and children going through hardships at check points, streets, and homes.

“It has been observed that after the ceasefire, litigations are still going on in Sheikh Jarrah and the nearby neighborhood of Silwan, more than 100 Palestinian families are facing lawsuits at different stages, and over 1,000 Palestinians at risk of mass displacement from these two areas alone.

As part of part of plans to bring calm to the Middle East, President Biden is reported to have made some considerations to appoint a former U.S. ambassador to Israel, Dan Shapiro, to undertake a Middle East role of re-enforcing and expanding the already existing country-by-country accords in the Middle East. This strategy is considered effective and if implemented will bring a halt to the Middle East conflicts.

In relations to this new intention of extending the accords, Ambassador Ahmed Khalil Alsattari, reiterated that all Arab states are sovereign states and must be allowed to make their decisions.

On the feasibility of the country –to- country peace accord led by the United State, the statement reaffirmed the commitment and determination of the Palestinian people to fight for their Political rights at all times as they were grateful for the motivations and overwhelming support from the international community.

It acknowledged the fact that both Christians and Muslims of Bethlehem, and almost everybody stood opposed to the bombardment that occurred last month between Israel and Palestine. “I want to make it clear that the conflict was not between Jews and Muslims. It was not a Jews-Muslim conflict, it was Palestine and Israel affair”.

According to the statement, the Ambassador recalled the signing of the Oslo peace pact which wasn’t able to stop the encroachment and emptying of their homes and felt that signing peace accord with all states, country- to- country, within the Middle East with Israel may not stop the occupation of the lands and the apartheid that was currently going on except that this time round much was expected from President Joe Biden to help put an end to the creeping annexation agenda of Israel which targeted taking over Jerusalem to be residence of Jewish tribes alone.

The statement said they expected a lot from President Joe Biden as he pledged his commitment to liberate groups and minorities suffering from oppression in their localities and should sincerely take into consideration the global support from international community for the Palestine state following the recent attacks.

The last month attacks of bloodshed and bombing killed 280 Palestinians including 67 children, 37 women and 15 families were all killed from father to children.

The statement said the stance of America was important and they had unflinching support from America in form of weapons and monetary support.

The peace accords termed as “Abraham Accords” include a general declaration of support for peaceful relations in the Middle East among Jews, Muslims and Christians, all followers of religions linked to the patriarch of Abraham.

The Trump administration saw the accords partly as paving a path toward full ties with Israel by the Arab states, including security and intelligence cooperation to counter common rivals such as Iran.

On the contrary, Joe Biden’s government has endorsed that, the deals former President Donald Trump struck were “an important achievement, one that not only we support, but one we’d like to build on,” as acknowledged by U.S. Secretary of State Antony Blinken to the House of Foreign Affairs Committee last two weeks.

Since 1967 Israel has extended its framework, as a nation without boundaries and map, to occupy Palestinian territories, in a process known as “creeping annexation.”

The statement said the Palestine state had no hatred for the Israeli people if they should put an end to the gradual occupation of their lands and discriminating against them.

Nana B At 40; Builds Ward For Tafo Gov’t Hospital