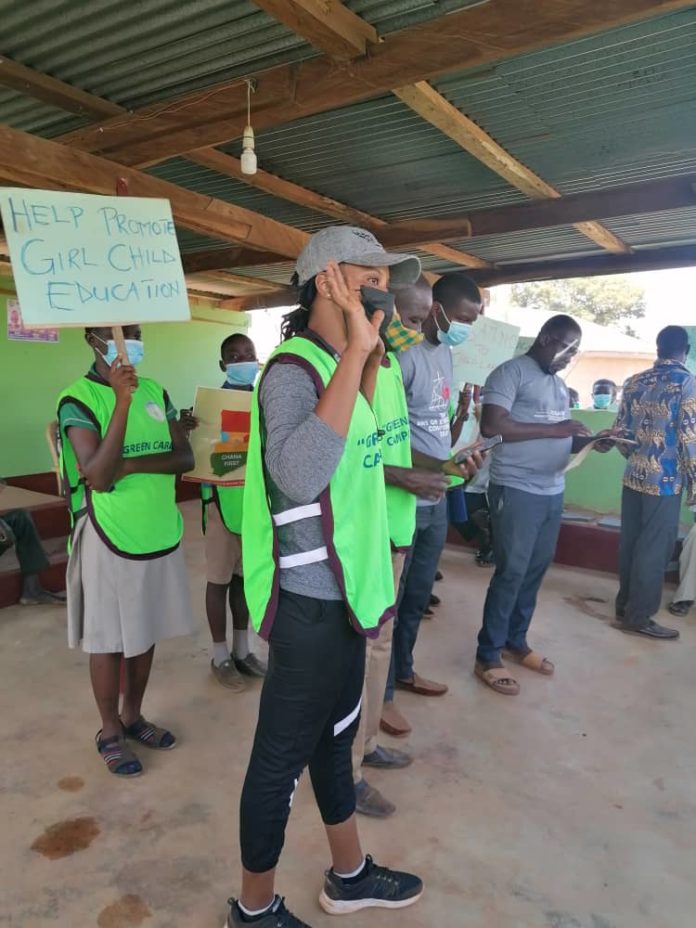 Pan-African Organisation for Research and Protection of Violence on Women and Children a Non-Governmental Organisation (NGO) has organised a day’s peace March at Tatale in the Northern Region.

On the theme: ” Community youth march for Peace”, the programme was aimed at bringing together about 200 JHS pupils, drawn from Tatale DA and RC Junior High schools permitted by the District Director of Education with Police protection.

The float started from the main township park through the principal streets of Tatale and ended at the Paramount Chief’s Palace.

The activity was one of PAORP-VWC’s advocacy interventions to solicit community members and leader’s cooperation and collaboration to ensure effective promotion and protection of violence against children and peaceful coexistence before, during, and after the December 7, polls.

Mr Npong who received the petition thanked the students for the laudable initiative and advised them to take their studies seriously and respect their parents, school authorities and prevailing community norms.

He also asked them to eschew truancy, avoid vices such as bad friends, alcoholism, smoking and girls following boys for money that could impede their education.

He gave the assurance that the Assembly would commit and support education in the area and cautioned them against violence before, during and after the December, 7 elections.

Madam Sadiya , NCCE’s officer at Tatale/Sanguli District urged them to endeavour to adhere to laid down COVID-19 protocols to ensure a happy and healthy community, family and environment.
She also advised them to respect the rights of others and learn to live by civil rules wherever they found themselves.

Mr Ken Addae, the Tatale/Sanguli and Zabzugu Ditricts Project Officer of Pan African Organisation for Research said the NGO’s main goal and objective was to ensure that, rights of children were respected. “All Children should be given equal opportunities to go to school with proper parental care/responsibility to ensure that, children live to achieve their God-given talents.”

He appealed for cooperation and collaboration for effective promotion and protection of children especially, against child-trafficking, child-exploitative labour, child early and forced marriages, and against harmful cultural practices that hampered the progress of children.

He also entreated them to adhere to all protocols regarding COVID-19, stay away from violence and tolerate other to ensure peace and stability.