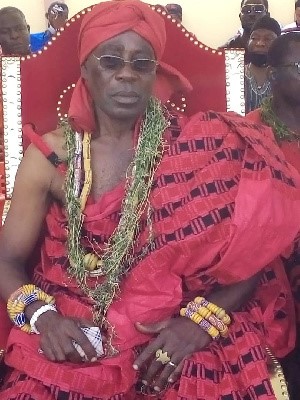 The chiefs and people of Panpansokrokese, a farming community in the Nsawam-Adoagyiri Municipality of the Eastern Region, has launched a four-year development plan to provide social amenities estimated at 40 million Ghana cedis.

Projects earmarked in the plan are the construction of a police station, chieftaincy institution, a lorry park, a market, and a CHPS compound.

Nii Ansah Mankata VI, the Chief of Panpansokrokese in an interview with the Ghana News Agency said the projects would be executed with financial support from the citizens during annual harvest at festivals such as; Homowo, Odwira, Ohum, Adae Butuw and Akwasidae.

He said lands for the projects had been provided.

Nii Mankata said the provision of the police station and the chieftaincy institution would help deal with land disputes, land guards and other issues which were retarding the progress of the area.

He said the construction of the lorry park and the market would provide avenue for the inhabitants who are mostly farmers to transport and selling of their produce while the provision of the CHPS compound would alleviate the suffering of the people from travelling far for medical attention.

Nii Mankata pleaded with the government for the re-gravelling of the 24-kilometre road which links the community to the Nsawam – Kumasi trunk road to facilitate the transportation of farming produce to marketing centres.

He called on Ghanaians to approach the forthcoming December elections with peace as they vote for their preferred choice without any monetary influence.