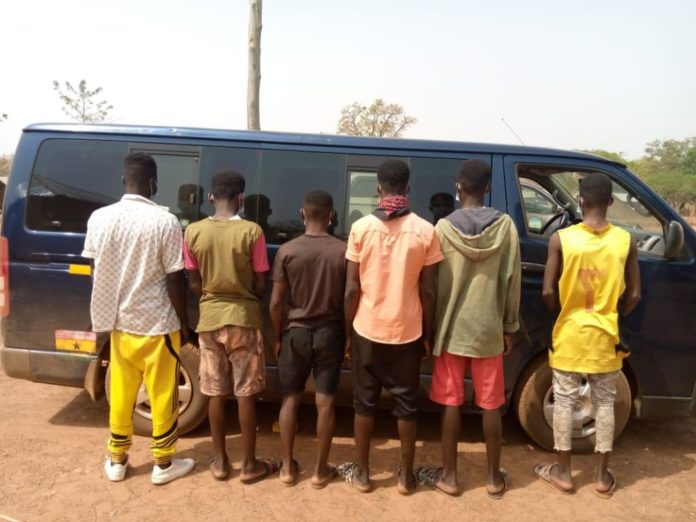 The Pan African Organisation for Research and Protection of Violence on Women and Children (PAOR-PVW) has rescued six children who were trafficked from Yeji to Togo.

Four of the children are from 10 to 16 years, while two of them are adults, Dukurugu Beyini 20, and Godwin Augustine 25.

They were trafficked with deceptive greener pastures offers. PAORP-VWC, through information from its Togo partner, Ong Cruseat, and with help from officials of the Ghana Immigration Service at the Nachamba-Togo border, rescued the victims who were later kept at the Nachamba Chief’s Palace.

They have been handed over to the Northern Regional Director of Department of Social Welfare to reunite and integrate them with their families and communities.

Dr Peter Ndonwie, the Executive Director of PAOP-VWC, said the Togolese Police brought the victims from Sokode in Togo, while these victims were being transported to Nigeria.

He cautioned parents and guardians against giving their wards to people in exchange of luxurious promises and said traffickers have been known for luring victims with such promises.

Mr Ken Addae, Project Officer for PAORP-VWC, said the organisation has rescued and re-integrated more than 30 trafficked Ghanaian and Togolese children, between February 2020 and January 2021 as part of its child rights advocacy project funded by KiRA, a German Based Organisation.

He said the organisation would intensify sensitisation on child trafficking through the establishment of a radio station in the nearest district and provide shelter to house rescued victims till they were reunited with their families.

It was however detected that, child traffickers compel victims to adjust their ages to avoid being referred to as minors.

The Tatale District Commander of Immigration, Chief Superintendent, Sumaila Seidu, expressed gratitude to PAORP-VWC and its partners for their roles in rescuing these victims, and appealed to the NGO to help construct shelter at the border to keep them whenever they are rescued.

The PAOP-VWC has Anti-Trafficking Watch Groups in border communities in Ghana and other West African countries, who report cases of children trafficked and educate communities against human trafficking.