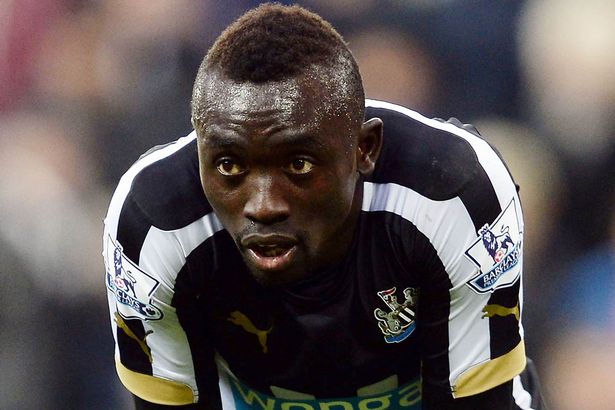 Premier League striker Papiss Cisse took part in a voodoo-style ritual to end a goal drought, fearing he had been cursed by a rival.

Cisse became worried when his run of sensational goals after joining Newcastle United came to a sudden end.

Convinced that another player had cursed him, he begged teammate Cheick Tiote to help lift the blight.

And following the ceremony Cisse, 30 ? who comes from Senegal in West Africa ? returned to his winning ways.

A Newcastle insider said: ?It?s one of those things you really couldn?t believe at first.

?Papiss is very superstitious and became convinced of the curse.?

Tiote, from Ivory Coast ? where neighbouring Ghana is the ancestral home of voodoo ? is said to have visited a ?high priest? in the city for help.

The insider added: ?Cheick is Papiss?s good friend so he agreed to it, even though it involved various bits of hocus pocus.?

But he added: ?People talk about these things sometimes. They are friends.?

And he joked: ?If Cheick would have done that, he?d have done it for himself to score goals also.?

Voodoo ? which means ?Great Spirit? ? is a West African religion that was carried to many countries by slavery.

It is often used to lift curses put in place by juju witchcraft.

Bournemouth winger Max Gradel, 27, suffered ligament damage in August said to have been a result of juju after he fell out with family in Ivory Coast.

The rival player said to have put the curse on Cisse cannot be named for legal reasons.