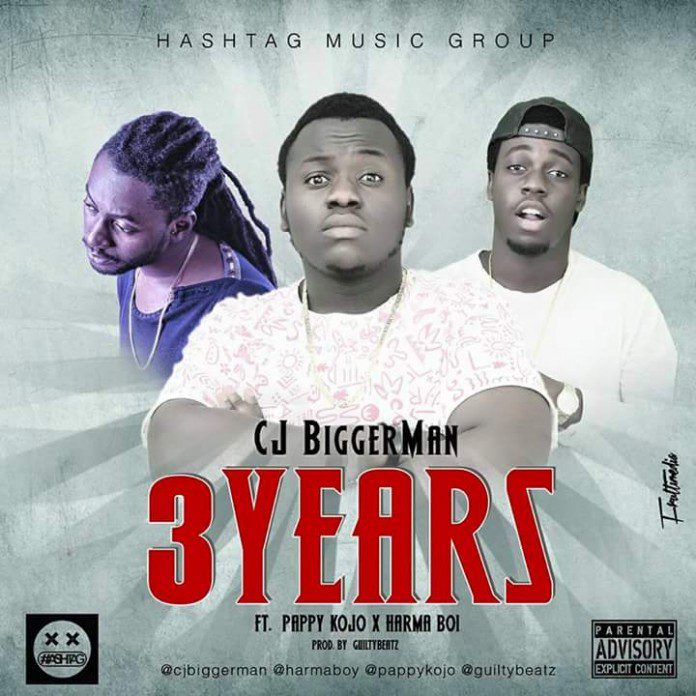 A line up of artistes billed for the event dubbed ‘Pappy Kojo and Friends’ included Lil’ Shaker, EL, Joey B, Kojo Cue and CJ among others stormed the show and gave up their best. The event which was hosted by hippop rapper, Pappy Kojo saw electrifying performances from these rappers as they did renditions of their hit songs back-to-back.

Of the top-ranking acts was CJ of Hashtag Music Group who undoubtedly stole the show with his usually-impressive craft.

His songs, IRED and Lebooboo got the crowd wild and excited as he opened the show with these mindblowers.
In the middle of his performance, he was joined by the ‘Aye Late’ rapper, Pappy Kojo as the three artistes (including Harmaboi) performed their new collaboration song, ‘3 Years’.

The new artiste has in recent times received an enviable appeal following his constant, regular hits and performance at gigs.