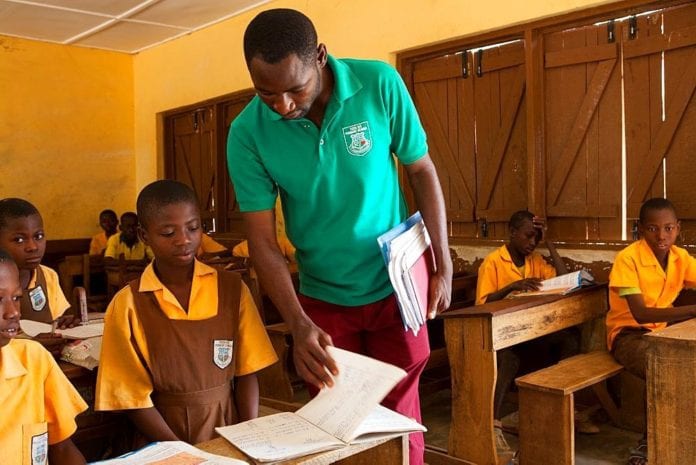 He said parents should get more involved in their children’s education by monitoring their attendance, providing them with school supplies, and communicating with teachers about their academic progress.

Mr Asiedu-Acheampong, who stated this in an interview with the Ghana News Agency on the first day of the 2022/2023 academic year, noted that parent participation in child’s education increased their self-efficacy and self-esteem.
In a related event, Mr Isaac Appaw Gyasi, Municipal Chief Executive of New Juaben South, has visited some public schools and interacted with both kindergarten (KG) and class one pupils on their “first day at school.”

His visit was intended to welcome incoming fresh students on their first day of school and to emphasise the value of education in the development of life skills.

Adweso SDA Basic School, St. Dominic Primary A and B, Trinity Presbyterian Model School, Police M/A KG – Koforidua, and Nana Kwaku Boateng Basic ‘A’ School were among the schools visited by the MCE in company of GES officials.
Mr. Gyasi noted in all the schools that education played a critical role in the socioeconomic well-being of people and then advised children to learn hard, comply with school rules and regulations, and be courteous to become good future leaders.

Some schools had encouraging student attendance, while others had low turnout.

Madam Mary Agyekum, Headmistress of Nana Kwaku Boateng Basic ‘A’ School, which had a low attendance, expressed hope that students would return in large numbers in the coming days.

There were six students in KG 1 and eight in Class 1. Some of the issues encountered during the field tour included inadequate classroom blocks and a drainage system, which the MCE pledged the assembly would support to remedy the situation.

The New Juaben South Municipal Assembly, on the other hand, has nearly finished the building of ultramodern KG blocks at Nana Kwaku Boateng Basic ‘A’ School and Trinity Presbyterian Model School.

Mr Mustapha Haruna, Education Director of New Juaben South Municipality, advised pupils to refrain from indiscipline as that could jeopardise their academic activities.

GES calls for the promotion of girl–child education in STEM