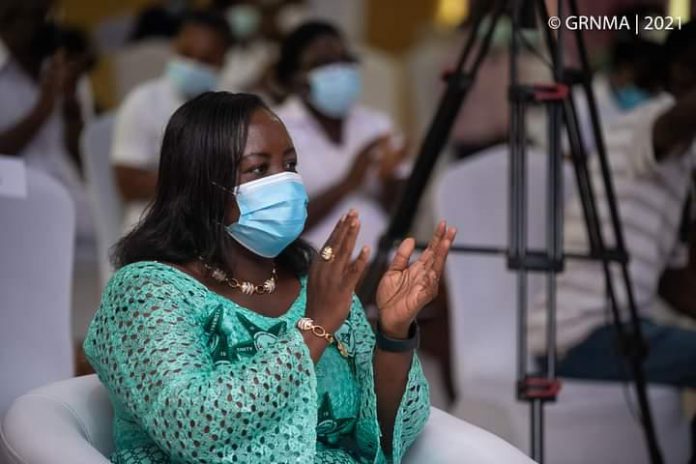 She said the need to provide children with smartphones to study amid the COVID-19 pandemic required that they exercised greater responsibility in ensuring the children used the phones responsibly.

Madam Addo said a pedophile was someone sexually attracted to children with some defiling or molesting them.

She said it was considered a mental disorder and asked parents to monitor what their children used the phones for including the sites they visited.

“Some children get pedophiles online asking them to snap half or full naked pictures for them and innocently, some of the children fall victims to it,” she said.

Madam Addo gave the advice at a seminar organised by the Ghana Registered Nurses and Midwives Association (GRNMA) in Accra, on the theme: “Gender Based Violence: Impact on Health and Productivity in a COVID-19 World.”

She said it was unfortunate that Ghana had no clear measures for tracking and dealing with pedophiles, a vacuum that could encourage them to move from place to place with the misdemeanour.

Speaking about a research conducted on 300 school children, Madam Addo, also a former Minister of Gender, Children and Social Protection, said 22 per cent of the respondents were exposed to pornography and 17 per cent exposed to sex tapes while in school.

That, she said, was very unfortunate and advised parents not to let their children have access to devices that could pose threats to their lives.

Madam Addo cited a report from the Domestic Violence and Victim Support Unit (DOVVSU) of the Ghana Police Service, which said a lot of sexual based violence cases were reported to it but only about five per cent got convicted with a little percentage tried at the courts.

That was because some families later received compensations from the perpetrators and decided to settle the matter at home without considering the physical and psychological effects on the victims, she said.

The misconduct, she said, was criminal and could cost the victims their physical and emotional health and advised people to desist from it.

Madam Addo encouraged state and non-state actors and individuals to empower women economically to enable them to get out of violent relations and fight for their rights.

According to DOVVSU, about 32 per cent of women received a form of gender violence in 2020, Mrs Pepertual Ofori-Ampofo, the President of GRNMA, said.

“A lot of people suffer in silence. These are issues that people don’t want to talk about even when they are directly or indirectly affected,” she said.

Mrs Ofori-Ampofo said nurses and midwives had a responsibility to identify clients or patients who went through sexual and gender based violence to support them.